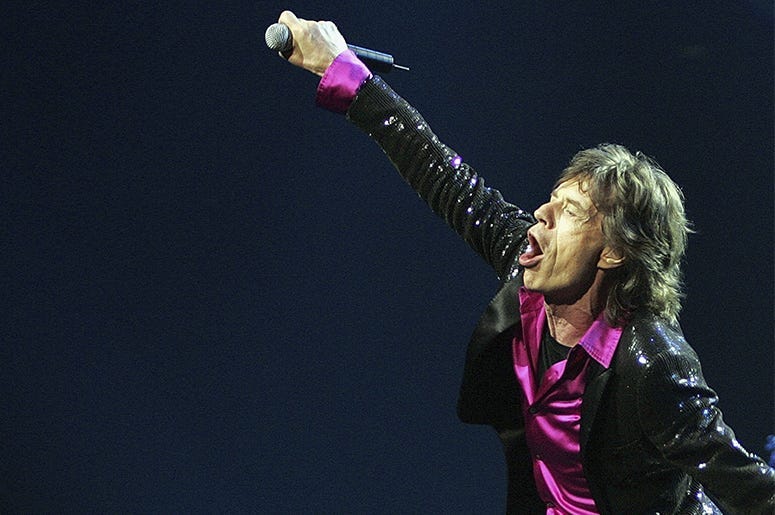 Phil Lanzon performing with Uriah Heep in 2010. CC BY-SA 2.0 Credit: Sergei StepanovMarch 23, 1969 – 30,000 people attend the “Rally For Decency” in Miami at the Orange Bowl after Jim Morrison was charged with indecent exposure in the city.  Countering the counter-culture, announcements publicizing the rally warn that “longhairs and weird dressers” won’t be let inside. Celebrities at the event included Kate Smith, Jackie Gleason, The Lettermen and orange juice pitchwoman and future anti-gay advocate Anita Bryant.

March 23, 1972 – The film of The Concert For Bangladesh featuring George Harrison, Bob Dylan and Eric Clapton premieres in New York. The concert raises $250,000 (almost $1.5 million in today’s dollars) for Bangladesh relief, and becomes the first benefit concert of this magnitude in history, setting the template for many future philanthropic music campaigns.

March 23, 1988 – Mick Jagger performs his first solo gig in Japan, 15 years after being barred from entering the country due to his prior drug convictions.

Related:10 Best Songs from The Cars to Play in Your Car
Rock Remembrances

March 23, 2008 – Neil Aspinall, regarded by some as the “fifth Beatle” dies of cancer.  He was 66.  Aspinall ran Apple Corps for almost 40 years, and led the legal battle with Apple computers over the use of the Apple name and a royalties dispute between the Beatles and record label EMI.  As a musician, he also played background instruments on Beatles tracks including “Magical Mystery Tour.”

March 23, 2010 – Jim Marshall dies in New York City. He was 74. Marshall’s iconic photographs graced more than 500 album covers and included classic shots like Jimi Hendrix setting his guitar on fire at the Monterey Pop Festival.  In 2014, Marshall was posthumously given a Trustees Award at the Grammys – the first photographer to receive one.
Related:Top 10 Classic Rock Album Covers