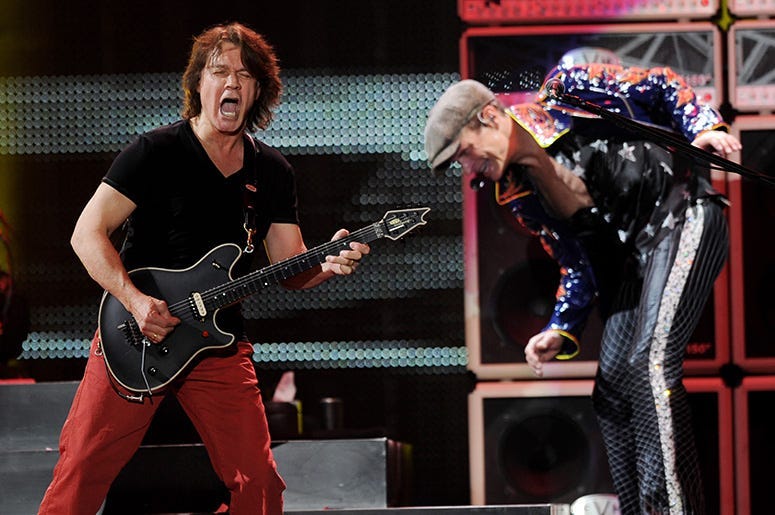 March 26, 1971 – For the first time, the iconic Rolling Stones‘ Lips & Tongue logo is unveiled on VIP passes for their concert at the Marquee Club in London.

March 26, 1980 – Van Halen release their third album, Women and Children First, which goes on to sell three million copies in the U.S.

March 26, 1966 – The Strangeurs, featuring future Aerosmith singer Steven Tyler, open for The Byrds at the Westchester County Center in White Plains, New York.  They make sure girls sit in the front row to scream for them, but the whole crowd goes crazy for the new band.

March 26, 1970 –  Peter Yarrow of Peter, Paul and Mary is arrested in Washington, DC for taking “immoral liberties” with a 14-year-old girl who came to his hotel room after a concert. He serves three months in jail but is pardoned 11 years later by President Carter. Yarrow says, “In that time, it was common practice, unfortunately–– the whole groupie thing.  Was it reprehensible on my part? Yes. Was it common practice? Yes. Does that imply justification? No.” Classic Rock Birthdays

Related:Top 10 Rock Albums to Listen to in Their Entirety
Rock Remembrances

March 26, 2002 – Ranking Roger (born Roger Charlery), lead singer of the English Beat and General Public, dies at his home in Birmingham, England.  He was 56.  Roger had previously undergone surgery for two brain tumors and was undergoing treatment for lung cancer. Roger’s best known songs are “Mirror In The Bathroom,” “Save It For Later,” “I Confess,” “Tears of a Clown” and “Tenderness.”

March 26, 2002 – Randy Castillo, drummer for Ozzy Osbourne, dies of cancer.  He was  51. Castillo had just recovered from emergency life-saving surgery for a duodenal ulcer. Besides Ozzy, Castillo also played for Lita Ford and Mötley Crüe.

March 26, 2004 – Jan Berry of Jan and Dean, dies after suffering a seizure at his Los Angeles home. He was 62. The singer had endured various health problems ever since a 1966 car accident left him brain damaged.

March 26, 2005 – Paul Hester, Australian drummer of Split Enz and Crowded House, dies of strangulation after being found hanged in a park in Melbourne, Australia. He was 46. The death is ruled a suicide.