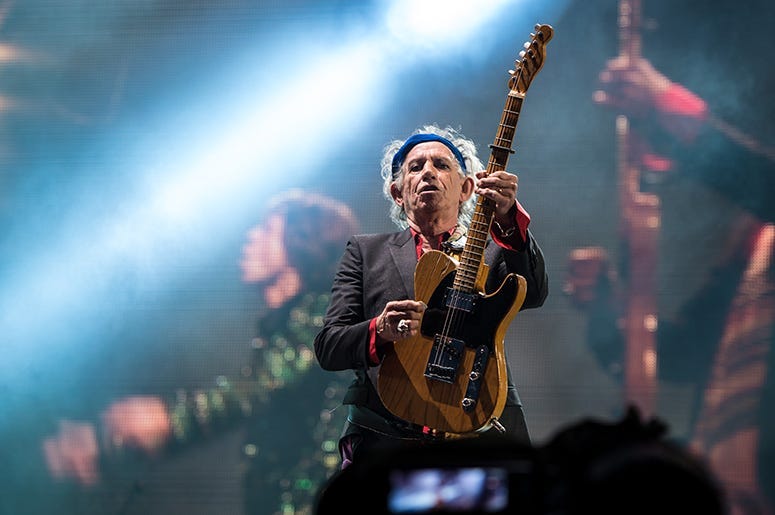 Mick Jones (center) with The Clash in Norway, 1980. Photo credit: Helge ØveråsJune 26, 1996 – Van Halen announce that Sammy Hagar is leaving the band and that David Lee Roth will again become the lead singer.  Hagar reunites with the Van Halen brothers for a 2004 tour that is quite successful, but once again, the two factions split.

June 26, 1973 – Keith Richards and his girlfriend Anita Pallenberg are arrested on drug and gun charges in Chelsea, London at their home. During the police search, grass, cannabis resin, “Chinese” heroin, mandrax tablets, burnt spoons, syringes and pipes were found, in addition to a .38 Smith and Wesson revolver, a shotgun and 110 rounds of ammunition. Richards received only minor fines during his court trial.

June 26, 1974 – Bad Company release their self-titled debut album on Swan Song Records, which was launched by Led Zeppelin. The album becomes a #1 record in the U.S. and goes on to sell over five million copies.

June 26, 1977 – Elvis Presley makes his last ever live stage appearance when he appears at the Market Square Arena in Indianapolis in front of a crowd of 18,000. Elvis appears pale, weak, and overweight and would die less than two months later.
Related:10 Great Classic Rock Autobiographies You Need to Read
Classic Rock Birthdays