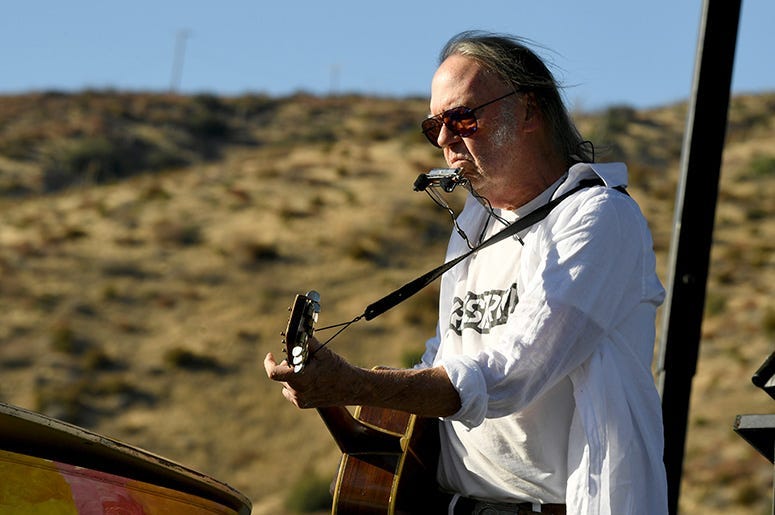 May 18, 2020 05/18/2020 12:51 pm
Homegrown is due out June 19th via Reprise RecordsForty-six years after its original recording, Neil Young will finally release one his most storied and sought-after albums ever, Homegrown. Heart the first single “Try” in the player below.
Homegrown was intended to to be released in 1975 before Young cancelled the release. The album has remained unreleased until now, achieving a legendary status among Neil Young fans in the process, who often refer to it as one of Young’s mysterious, great “lost albums”.

In a statement on his official website, Young himself describes it as “The One That Got Away,” saying:

“I apologize. This album Homegrown should have been there for you a couple of years after Harvest. It’s the sad side of a love affair. The damage done. The heartache. I just couldn’t listen to it. I wanted to move on. So I kept it to myself, hidden away in the vault, on the shelf, in the back of my mind….but I should have shared it. It’s actually beautiful. That’s why I made it in the first place. Sometimes life hurts. You know what I mean. This is the one that got away.”

Recorded in analog in 1974 and early 1975, Homegrown was mixed at that time to original stereo analog master tapes. These original mixes have been restored with love and care by John Hanlon, and mastered by Chris Bellman at Bernie Grundman Mastering. Levon Helm is drumming on some tracks, Karl T Himmel on others, Emmylou Harris singing on one, Robbie Robertson plays on one.
The album is made up of twelve Neil Young songs, of which seven are previously unreleased – “Separate Ways,” “Try,” “Mexico,” “Kansas,” “We Don’t Smoke It No More,” “Vacancy” and “Florida” (a spoken word narration).  Also included are the very first recordings of “Homegrown” and  “White Line”.   “Little Wing,”  “Love Is A Rose,” and “Star Of Bethlehem” – different mixes of which would all later appear on other Neil Young albums, retain their original form in Homegrown.

Young plays solo on some tracks (guitar, piano and harmonica), and is joined by a band of friends on other tracks, including Levon Helm, Ben Keith, Karl T Himmel, Tim Drummond, Emmylou Harris and Robbie Robertson.

The post Neil Young Will Release Homegrown, 46 Years After It Was Recorded – Hear the New Single ‘Try’ appeared first on Classics Du Jour.