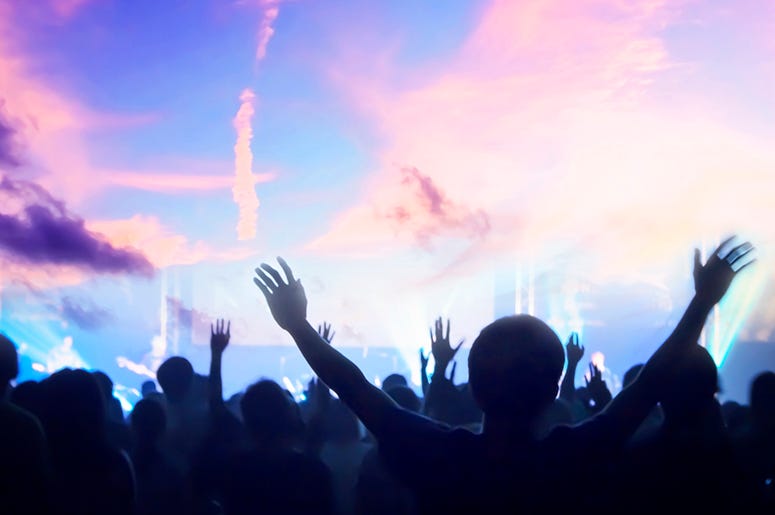 Two studies conducted across the pond have concluded that concerts have a very good chance of returning to normal sooner rather than later.

With pre-screen COVID testing, sufficient ventilation in the venue, and attendees practicing good hygiene, there could be a bright light at the end of the tunnel for live music fans.

Back in December, a Spanish study was held with close to 1,000 Barcelona residents between 18 and 59-years-old. Some gathered for a series of performances, and some remained separate in a control group during a medical study to assess the benefit of same-day screening. In the end, zero of the 463 participants at the concert were infected, while two in the control group of 496 participants were infected.

The Spanish conclusion: "Attending a live music concert staged with a series of security measures that included a negative antigen test for SARS-CoV-2 done on the same day, was not associated with an increase in COVID-19 infections."

While this certainly sounds like positive news for those wishing to get back into a crowd with like-minded fans, a second study out of Germany this time should reaffirm those happy thoughts.

We recieved a lot of requests regarding our aresol study today. If you are interesed in reading the full report, you can find it on our website: https://t.co/eCCIokipzo https://t.co/FYLuHoxpCI

The Fraunhofer Heinrich Hertz Institute with Germany’s Federal Environment Agency used a high-tech dummy to simulate human breathing in the 1,500 seat Dortmund Konzerthaus over a three-day period in November.

The German conclusion: The risk of infection "through aerosol transmission can be almost ruled out," as long as there is good airflow and attendees wear masks.

A separate German study conducted over the summer also found that transmission is low as long as concertgoers space out, practice good hygiene, and the venue is properly ventilated. So, things are looking up.

With the steady help of science we'll be sweating and screaming with each other in no time at all. Hang in there.