Legendary broadcaster Larry King, who was hospitalized in late December for COVID-19, continues to be "under observation" and is looking forward to heading home, one of his sons said.

Larry King, Jr., 59, told the Tampa Bay Times in an article published Tuesday, that his 87-year-old dad "is receiving great medical care from his doctors, who plan to keep him under observation for the time being."

The younger King added, "My brothers and I stay in touch with him via video calls on a daily basis. He is very appreciative of all the people around the world wishing him well and he looks forward to being home soon."

Larry King was admitted to Cedars-Sinai Medical Center in Los Angeles in late December, according to Roger Friedman’s Showbiz 411, which first reported about his hospitalization on Jan. 1. At that time, King had been ill for 10 days, according to the report.

At the time, a source told ABC News, "Larry has fought so many health issues in the last few years and he is fighting this one hard too, he's a champ."

King Jr. has teamed up with his dad to open up a pizzeria in Tampa called Kings Pizza. They plan to open it during the first quarter of this year.

The elder King told the Tampa Bay Times prior to his diagnosis, "I have lent my name proudly to Kings Pizza and can’t wait for everyone to try it soon." 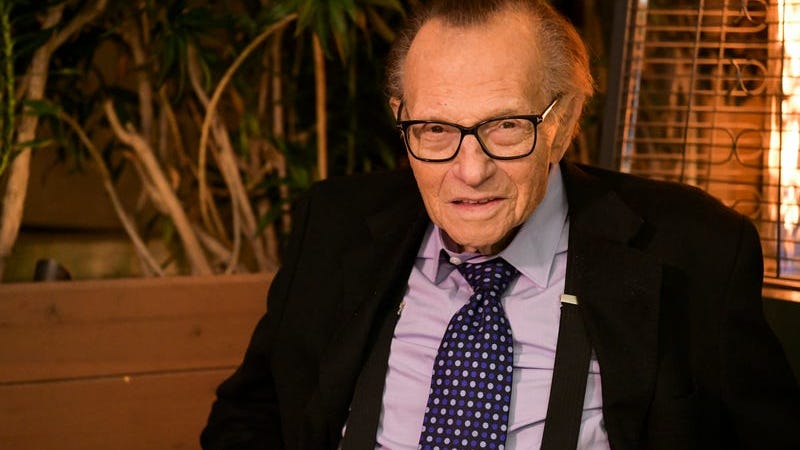 Larry King no longer in the ICU, breathing on his own amid COVID hospitalization: reports