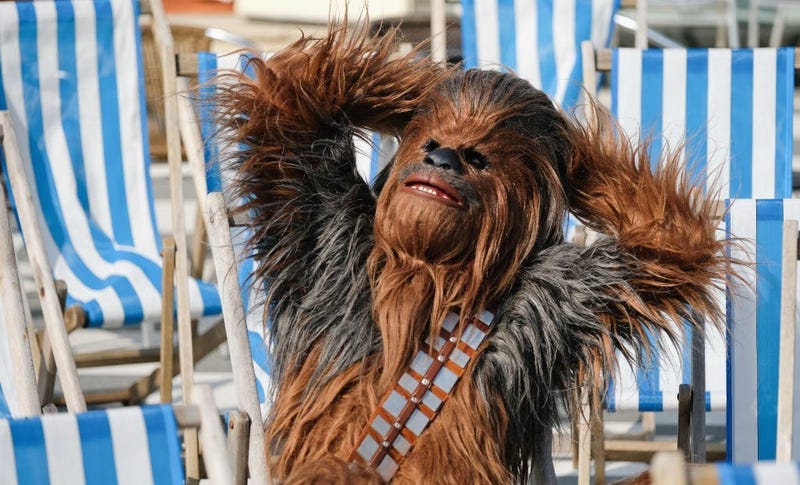 We all respond to a break-up differently, but his guy just takes the cake.

A man in Australia put up posters around town asking people to call his ex and pretend to be Chewbacca. He even went as far as claiming that the person who gave the best impression would win $100. THAT got the phone rining.

Jessica, 29, said: "I’m getting phone calls at really strange hours of the night about one o’clock to about four o’clock, aye. I thought it was quite funny actually, I thought it was a good joke." she told 9News.

They broke up when she claimed to have found her ex messaging other women on Facebook.

Despite seeing the funny side, she said some of the calls that come in the middle of the night woke up her children. "The police got in contact with me and finally they’re going to do something about it," she added. If people want to continue phoning with their impression of a Wookie, Jessica says she’s ready for it. She added:  "Just pull it (the posters) down please and yeah, have a laugh for me and if you want to make a phone call, go for it. I don’t mind, bring it on!"

"I thought when we first met he was mature, but it just goes to show having a job doesn’t mean you’re mature," she said ‘It hurts my feelings.’  In addition to the Chewbacca prank, the ex had dumped a car with no wheels in her driveway which she couldn’t get rid of.