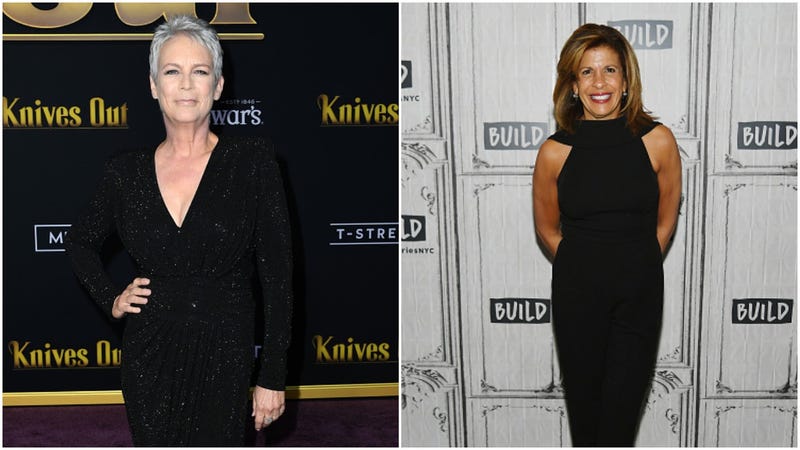 There may be many candidates running for president, but Jamie Lee Curtis wants to add one more name into the ring.

The 65-year-old actress was promoting her new movie Knives Out on the “Today” show when she shifted gears to voice her desire to see host Hoda Kotb as Commander-in-Chief.

"Can I take one second and tell you, I think you should run for president,'' Curtis said to a visibly shocked Kotb.

"I think you embody the absolute best because you have little babies at home, and you suit up and show up in this incredibly grounded way that makes people feel safe."

While Kotb sat stunned in silence, Curtis continued with her praise.

"It's the reason they tune you in, and I just think you're an extraordinary example for all of us, and I wish you were running because I wish you were the president,'' she added. "Sorry, just saying. That's how I feel."

Needing to wrap-up the somewhat awkward and out of the blue endorsement, Kotb responded by saying, "Thanks for coming by, that was a weird ending.”

Not content with ending it there, Curtis later shared a photo from the interview with Kotb and added the hashtag “#Hoda2020.”

Fun fact: While Kotb has never run for political office, she was elected homecoming queen of her graduating high school class in 1982.

Meanwhile, Curtis, who campaigned for Hillary Clinton in 2016, has been very politically active having joined the organization Fund Her, which works to elect progressive women into office.

“I realized that if I didn’t do more this time - that if I failed to use the platform I have as a public figure, to lend my voice and my time and my passion to her campaign - I would be just another disgruntled American mouthing off, but not participating,” the “Halloween” actress wrote in an essay for the book “#StillWithHer.”

Regardless of political affiliation, audiences can catch Curtis in the new comedy-thriller “Knives Out,” alongside Daniel Craig and Chris Evans, when it hits theaters on November 27th.