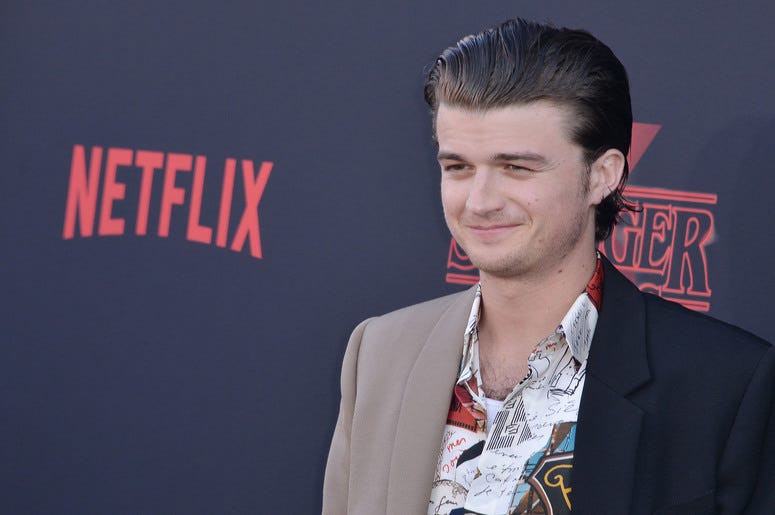 (ALT 103.7) - For three seasons, fans of ‘Stranger Things’ have obsessed over a number of different of aspects of the show. However, one of the more popular obsessions is no more, as actor Joe Keery has decided to cut his hair.

The actor, who plays Steve Harrington on the show, cut his iconic 80’s style hair into a bowl cut.

I went to Chateau Marmont to cover Chanel’s fragrance launch for Gabrielle Essence hosted by campaign star Margot Robbie. I could go on about how chic it was but I feel like I should’ve just led with breaking news: Steve from @Stranger_Things (@joe_keery) debuted his new haircut pic.twitter.com/rUUr3kOMJI

Joe Keery debuted the new look at a Chanel event in Hollywood and shocked many as he walked the red carpet. Fans were immediately upset.

Harrington’s hair in the show was so famous, he even had to explain how to get his 80’s style mullet perfect: Fabergé Organics shampoo and conditioner and four spritzes of Farrah Fawcett hairspray.

JOE KEERY WHAT DID YOU DO TO YOUR HAIR 😓 pic.twitter.com/2YaAbTFB1h

JOE KEERY IS HANDSOME NO MATTER WHAT HIS HAIR LOOKS LIKE

While it is unknown if Keery’s new hair style will remain for season four of ‘Stranger Things,’ the actor has some other projects currently in the works. He will be appearing in the CBS all-access comedy series "No Activity," which may explain the new hair style. Regardless, fans of "Stranger Things" will just have to wait and hope that Steve Harrington’s iconic hair will return in season four.