H.E.R. was just getting started when she won Best R&B Album and Best R&B Performance at the 2019 GRAMMY Awards. She’s back with five more nominations in 2020, including Album of the Year, as a result of her powerhouse sophomore effort I Used to Know Her.

For H.E.R., the first win was everything, but it wasn’t the only thing. She had already forged a friendship with K-Pop sensations BTS, and that’s exactly who presented her the award. She says it made her moment in the spotlight even more unforgettable. 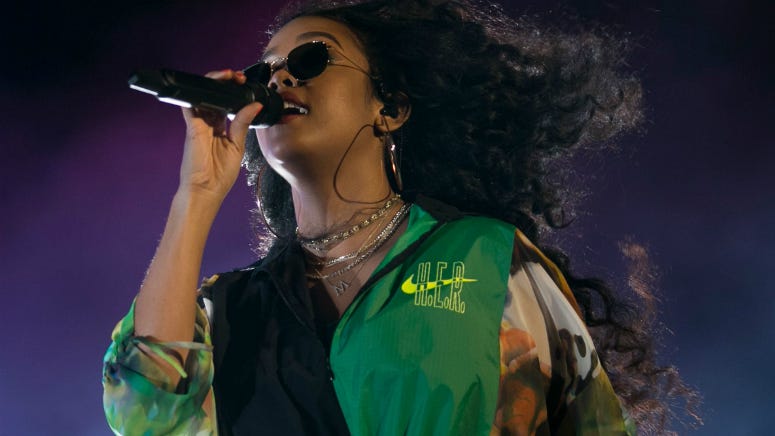 GRAMMY Winner H.E.R. Reveals the Soundtrack to Her Life in Our #SML Podcast

“I love BTS. They’ve been supporting me for a long time too; they’ve been playing my music. I have a lot of Korean fans because of them,” she told RADIO.COM. “The fact that they presented my award - I thought it was like the perfect moment. People are making gifs of the bow I gave them which was really cool, special.”

After finding out if she’ll be adding more hardware to her mantle at the 62nd annual GRAMMY Awards on Sunday, H.E.R. will be preparing to honor a legend. She’s one of the performers scheduled to take part in “Let’s Go Crazy: The GRAMMY Salute to Prince.” It will air sometime in April and will feature musical direction from longtime Prince percussionist Sheila E.

WATCH MORE: Will Camila Cabello And Shawn Mendes Accept In Their Underwear If They Win?