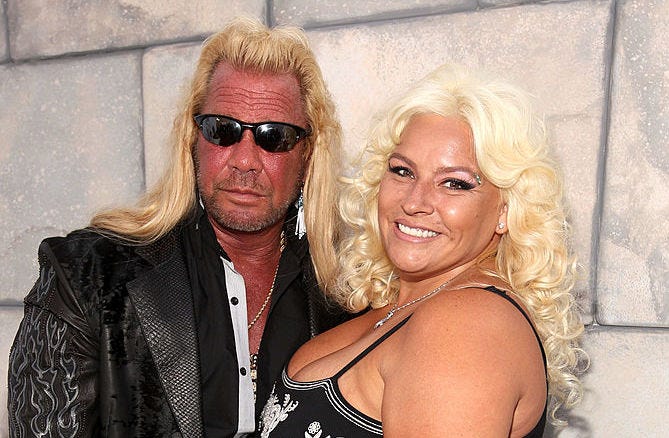 The death of Duane Chapman’s wife Beth Chapman earlier this year will greatly affect the new season of “Dog’s Most Wanted.”

While the series is currently wrapping up its first season, the 66-year-old has now revealed how the heartbreak of Beth’s passing has emboldened him to be more audacious in hunting down fugitives.

“I've been in television 15 or 16 years, so come on season two. Now wait til you see Dog without Beth,” Duane told People, according to The Daily Mail.

Duane Chapman's Warning About Dog’s Most Wanted Season 2: ‘Wait til You See Dog Without Beth’ https://t.co/eTkovKBEMA

“No! No more mercy. I mean once I catch them they're going to get mercy.”

And while the bounty hunter says “there will never be a greater protector” than Beth, he’s still adjusting to life without the love of his life.

“When she [Beth] was there she was always trying to be the nurse, or don't do that, and now she's not.” he continued. “I can already tell walking down the street or going places it's a lot different world [without his wife].”

After being diagnosed with throat and lung cancer in 2017, Beth died on June 26 at the age of 51.

As its only been four months, Duane is still processing the devastating loss.

“When your spouse dies, as a man, I mean as me, so generally probably everybody, you’re released from that obligation of being married,” he reflected.

“So your mind and you go crazy. And then after a while, you realize that never will no one ever love me as much as she did. And I will probably never love anyone else as much as I loved her.”

Duane and Beth married in 2006 and starred on three reality shows together, “Dog the Bounty Hunter,” “Dog and Beth: On the Hunt,” and “Dog’s Most Wanted.”

Prior to her death, Beth completed filming the first season of “Dog’s Most Wanted.” The season finale airs November 6th at 9 p.m. ET on WGN America.