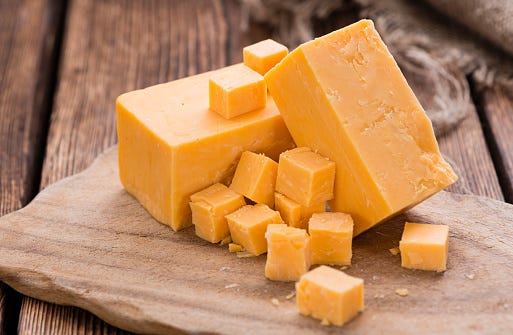 In the end, the cheese just didn’t cut it.

A French chef has lost his case against the prestigious Michelin guide after he demanded the organization reveal why his restaurant had its three-star status demoted down to two, reported CNN.

Marc Veyrat sued Michelin claiming one of its inspectors accused him of using an English cheddar in a souffle at his Le Maison de Boise restaurant, instead of traditional French cheese. Cheddar-Gate!

While the 69-year-old denies doing so, he believes the inspector’s “unsophisticated palate” is what lead the Guide to strip the Alpine restaurant of its third star.

“Can you imagine the sense of shame I feel? I am the first chef in history to have won a star and lost it the next year,” Veyrat said in July.

“Every morning, I wake up with that in my head. I’m at the end of my tether, I struggle to sleep, I hardly eat any more ... I’m on medication. I’ve had dark thoughts.”

But this week a Paris court rejected Veyrat’s request that Michelin divulge why they reduced the restaurant’s status and ruled that he didn’t offer "proof showing the existence of any damage” from having the star taken away.

Following the verdict, Veyrat was justifiably upset and now wants Michelin to remove his restaurant from the guide entirely.

“They offended me, I’ve had enough,” he told Reuters.

Inspectors for the Michelin guide rate restaurants under strict anonymity, a fact that the organization believes is essential in order to do the job properly.

“This decision enshrines the freedom to criticize and enshrines the fact that his grievances were imaginary and unfounded," said a lawyer representing Michelin.

While the list is updated every year, there are currently less than 140 restaurants around the world that have the highly-coveted three stars.