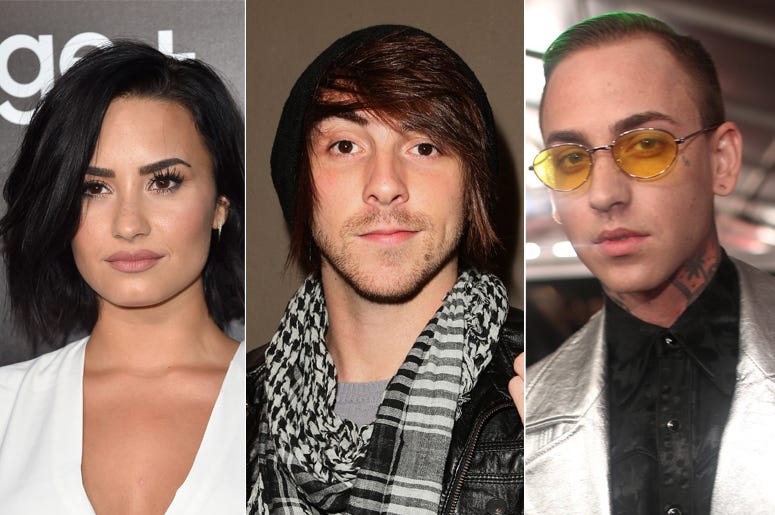 It's a match made in emo heaven!

Emo-pop rockers All Time Low have teamed up with longtime fan of the genre and friend, pop singer Demi Lovato, along with blackbear for a new version of their Wake Up, Sunshine track "Monsters."

Animated versions of frontman Alex Gaskarth, Demi, and blackbear appear in the lyric video for the song, which also features the rest of the All Time Low band members illustrated as, you guessed it, monsters.

Gaskarth said in a statement upon the track's release, “We’re really excited that she was down to lend her absolutely incredible voice to this song as we reimagine it and continue to celebrate all the ways it’s connecting with fans around the world.”

All Time Low are set to perform two more installments of their streaming concert series tonight, December 4 and Friday, December 18, each of which will feature a set curated by members of the band.