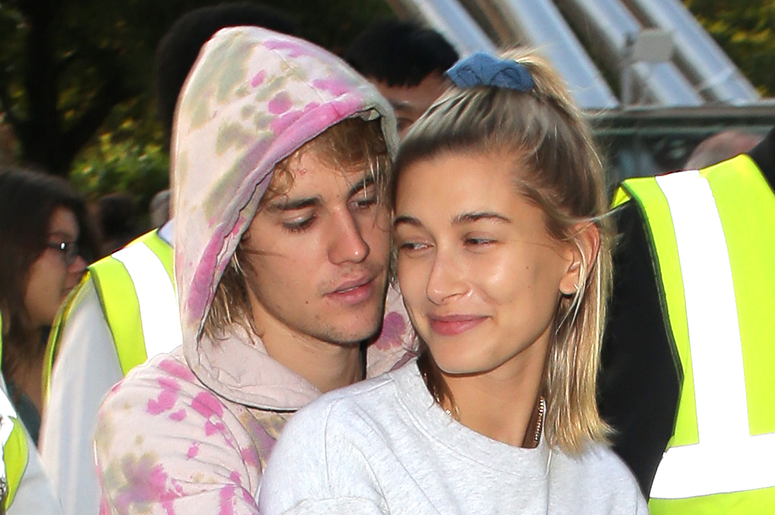 Justin Bieber has had just about enough of haters opinions of his relationship with Hailey Bieber. Yeah that’s right, Hailey Bieber, she’s his wife people, so it’s about half past the time to let go of those Jelena hopes and dreams.

Yet, as long as there’s the internet, there will be trolls to clutter it with nonsense, which is exactly what the Biebs addressed via his Instagram stories last night.

Clapping back at haters who troll Hailey’s social media pages in support of his ex-girlfriend, Selena Gomez, Justin dragged one person in particular, calling them a “sad excuse of a human.” Justin went on to point out that this individual, "just encouraged people on video to literally go after my wife, telling people to say that my previous relationship was better. I just wanted to share this so that people get an idea of what we face on a day to day.”

Just to cover all the bases, in reference to Hailey’s Instagram Live with Bare Minerals and makeup artist Dendoll, the hater in questions, who does not deserve to be named or tagged, urged the following. "Hailey Baldwin is going to do a Live, right? Where she's talking about herself, 20 questions with Hailey Bieber. This is the time where they will not be turning off comments, so we need to f***ing bombard that s*** with Jelena and how Selena is better. Go after, please, let's all go after her."

Um, enough of that. Justin continued his post by noting that it is "extremely hard to choose the high road when I see people like this try and rally to gather people to bully the person I love most in the world. It is not right.”

However, the 26-year-old said he will not let the video "steal my joy.” Adding, "I think about her life and how miserable she must be to want to spend her life trying to make others feels small. The lesson here is SHES THE ONE MISSING OUT.. life is fulfilling when you uplift and add value to people! A life where you want to make others feel small will leave you with no friends and no real JOY.”

Hailey, who is just as over dealing with all the haters, if not more, also addressed the fan's (well fan of JB) remarks, choosing to express empathy, while still expressing her frustrations. "I usually stay quiet and don't acknowledge these things because I need to protect myself and my mental. But it has truly gotten to a level of anger and hate that is shockingly unhealthy and sad. I would never in a million years wish for someone to be treated this way and I will never condone this kind of hateful behavior.”

She continued, "I want only to support, uplift, and encourage other women in this industry and wish them nothing but love and success and I wish for all of my followers and supporters to do the same!! Wishing the young woman in that video all the best, I hope she finds love, peace and happiness in this life!”

Since the start of their relationship, Hailey and Justin have become the target of social media bullying by Selena's fanbase much to the SelGo’s disapproval. Nevertheless, the hate continues, so unless you want a personal and public dragging from JB, might we suggest you keep your opinions and comments to yourself.