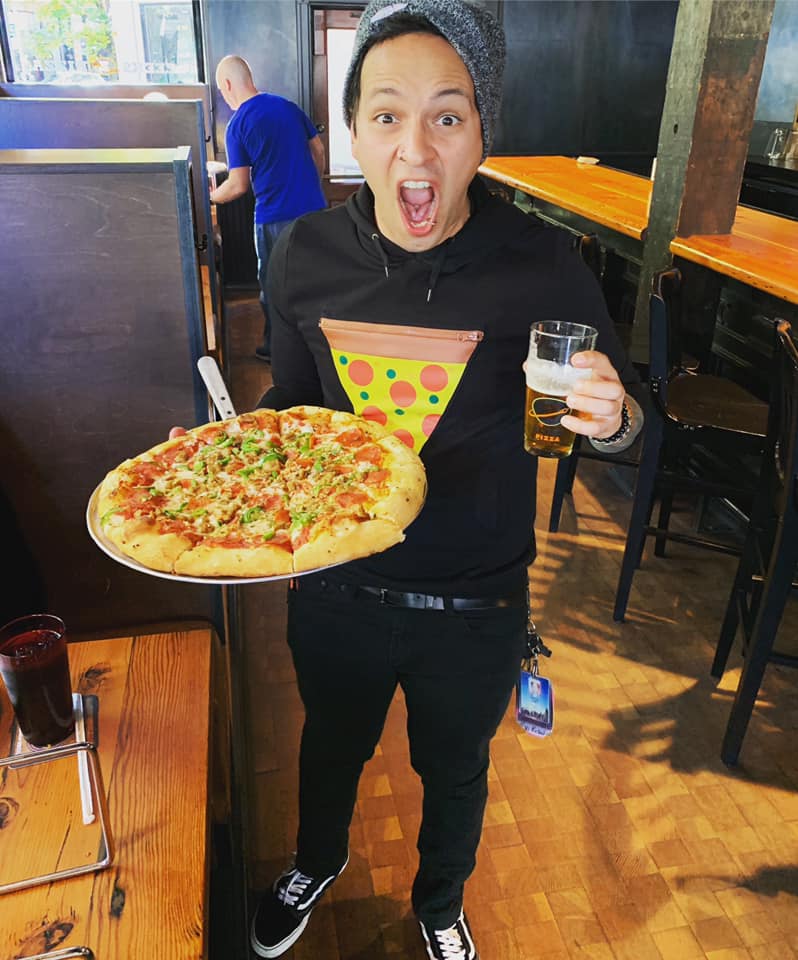 You may hate it, you may love it. Either way, give it a chance, you might just find some guilty pleasures that you can listen to and pretend you are in high school again. Or at least it will give you something to make fun of me of at the next BJ & Migs event.

Because you can't have a birthday without playing this song. Sadly, I am a lot older than 23.

I had a conversation recently about Yellowcard, on whether they were a pop punk band, or a pop rock band. While I argued that every band was a pop punk band in the early 2000's, it was songs like Ocean Avenue, with it's fast pace, melodic courses and fast drums that pushed them way more into the punk category than pop.

On our show, you may know that Steve and BJ give me a hard time for listening to Simple Plan. And while yes, they can be a guilty pleasure band, I can honestly say, that if it wasn't for this song and this band in early 2002, I would have probably never gotten into any punk or rock or music at all. This song, and this video were what turned me on to the whole rock world. Plus, what a great song for a birthday and nostalgia right?

New Found Glory always puts on an energetic live show, and it's what keeps them selling out venues in 2019, just like it was 2001 all over again.

If you were in high school at anytime in the early 2000's and you don't know the beginning of this song . . . well then that just means you ignored it. Seriously, The Starting Line, even if you didn't like them, I guarantee your girlfriend at the time did. Give it a chance. Sure it's catchy, it's a bit whiny, but come on, this sugary pop punk can get anyone singing along. Humor me. It's my birthday.

Alright, so I know how important local music is here in Seattle. So humor me for a second and realize that local music is not only important here, but every where. There are two bands that taught me I could play my own music, I could take the passion I heard on the radio, and create it for myself, and they are not only great rock bands, but I am glad I can call them friends to this day. The first is this band right here. Time4Change. A local Albuquerque band (my hometown) that had the fastest guitars, the fastest double time, and some of the best breakdowns and vocals I had ever heard. This is one of their acoustic slower songs from their newest album, but trust me, if you like what you hear, check them out. You will not be disappointed.

The second, is Left Unsaid. If you mention this band to anyone in Albuquerque that grew up in the 2000's, you will have instant street cred. Seriously, Friday night Left Unsaid shows were the place to be at. Playing sold out shows, touring, recording two full length cds, a handful of EP's and being totally rad dudes was just the beginning. I saw them in 2001 with The Offspring, and they blew me away. Enjoy.

God's Favorite Band. I wholeheartedly agree with this statement. Seriously, all the success Green Day has had, plus they still churn out amazing songs, tour like crazy to sold out stadiums world wide. I can't get over it. It had to be here today!

If you can't tell from my blogs. I have a huge crush and obsession with MxPx. Now that I live here, it's just been increased 10 fold. Living across from Bremerton where MxPx reign, I can't explain my love for this band other than saying just that. They rock.

Because it wouldn't be a proper Danny playlist without The Offspring. Fast. Punk. And awesome.

What about you? What is on your birthday playlist? Or what songs made you who you are? Share them with me!

StickerYou helps you to create custom stickers, labels, tattoos and decals for you and your business.