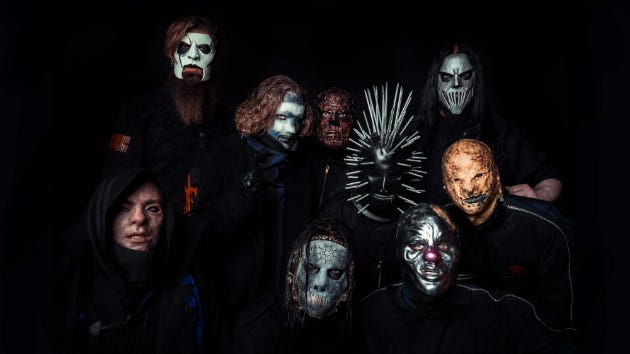 21 years ago, I was 12 years old. Frustrated in middle school as most teenage boys are, not really fitting in with the jocks, or the cool kids. I liked skateboarding, and hung out with a small group of friends who didn't really like the norm of music. I had heard about some rock bands before, but besides punk, nothing really stuck with me.

Then, my best friend introduced me to this band called Slipknot. I remember the first time he showed me the CD. I was infatuated with the cover art. The masks, the red jumpsuits. It was like Halloween had exploded on to an album. I didn't know what they sounded like, but I wanted to know more. He let me borrow the CD. I ran home, popped it in and listened.

Immediately, I was sold. The drums, the guitar. It was like nothing I had ever heard before. I wanted more. I binged the whole CD like 8 times that day!

What followed was a fandom of this metal band that I couldn't really explain. I remember seeing two versions of my favorite song from the album on MTV "Wait and Bleed". The first version was the live version.

Once again, for a Halloween fan such as myself, I was stoked. It was like Nightmare Before Christmas, but for teens. It was awesome.

I remember wanting to see them live, but I was too young. So instead I just listened to the album on repeat and consumed all the videos they released from that album.

20 years later, which I am actually ashamed to admit this, I finally saw them live. Yes. 20 years later at Pain in the Grass 2019 was my first time seeing Slipknot live. And it was worth the wait.

That being said, I do wish that I could have seen them back in the day, I love watching old videos from their early days. Like this one of Corey's first show with the band back in 1997.

That all being said, I can't belive this album is celebrating 21 years today. I can 100 percent say that this album helped open me up to other kinds of rock besides punk, and introduced me to something I had never heard before.

What is your favorite track off the album?

See you in the virtual pit!