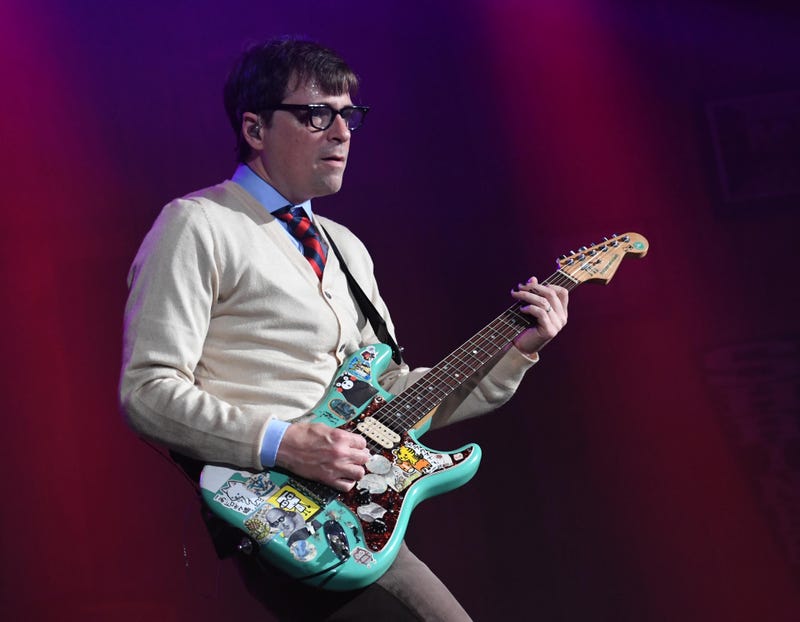 As you have probably heard, Weezer had a huge hit this past year, and it came in the form of a cover song, "Africa" originally by Toto. It was their first number-one hit on the Alternative Songs chart in 10 years, and their first song on the Hot 100 in nine years.

Needless to say. It was big.

What's crazier, the whole thing was inspired by a tweet! A 14 year old girl named Mary started the campaign back in 2017 with a simple tweet:

Well, the tweet gained some attention and eventually the band made it happen.

It was well receieved, this past March it went gold, which means it sold half a million copies!

So the band did something awesome. They sent a copy of the framed gold record to Mary! And of course, she tweeted about it.

It's been a while, man, life's so rad. Huge thank you to @weezer for sending me a gold record in honor of the certification of the song, this was absolutely crazy!#WeezerCoverAfrica pic.twitter.com/tYrC77nJj4

How awesome is that. What is the raddest thing that has happened to you?

Also, if you missed it, Weezer is going on tour with Green Day and Fall Out Boy for the HellaMega tour, and it kicks off right here in Seattle on July 17th, 2020 at T-Mobile Park. You can get your tickets for that here.

StickerYou helps you to create custom stickers, labels, tattoos and decals for you and your business.