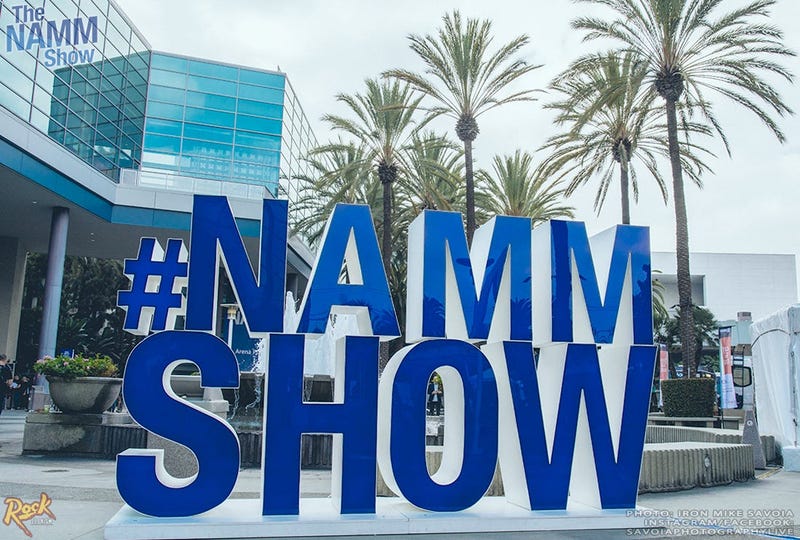 NAMM 2020 - Anaheim Convention Center, CA 1.15-1.19.20Blog/Photos/Coverage: Iron Mike and Stephanie SavoiaPhoto Highlights: kisw.radio.com/galleries/photo-gallery-namm-show-highlights-2020Individual Day Photo Galleries link at each day below including concert performancesWell after a week of going through and editing hundreds and hundreds of photos between me and Stephanie, physically recovering walking 1.5 million square feet a day for 4 days and getting back into the flow of life it's time for our day by day blow of NAMM 2020! This being my 9th straight year and Stephanie's 8th we're nearing a decade of rad coverage!1.15.20 - Media Day - This is an exclusive small look into the few companies that participate for the media before door officially open the next day. Invite only, it's pretty cool to get a quick preview with the participating companies before the crowds swamp them the following days. This year I showed up for the first 1/2hr before I had to run to my commitment to work the Metal Hall of Fame Red Carpet so Stephanie did the bulk of Media Day. Here's her notes and some photos.I'm starting with my favorite which was the innovative ASI Audio 3DME in-ears with software that allows you to program levels in both ears. Imagine a musician that has a loud crash cymbal to their left and they can change the levels of only the left to dim the sound of that side.

Deering brought their Winston Marshall signature GOTR Goodtime Banjo. A super cute banjo with a smaller body for easier use for touring musicians. There is also a children's version which will be better for smaller hands to learn on.

G&L had a couple of flat out stunning 40th anniversary guitars. They are short runs (40 of each) from the 1969 blueprint of a model that Leo Fender was working on but never sent to market.

Gibson has a focus on new Epiphone, Kramer and acoustic models. To demonstrate, Jared James Nichols, Emily Wolfe, Charlie Parra, Los Lobos with Juanes all performed a few songs. That was a freakin' treat! 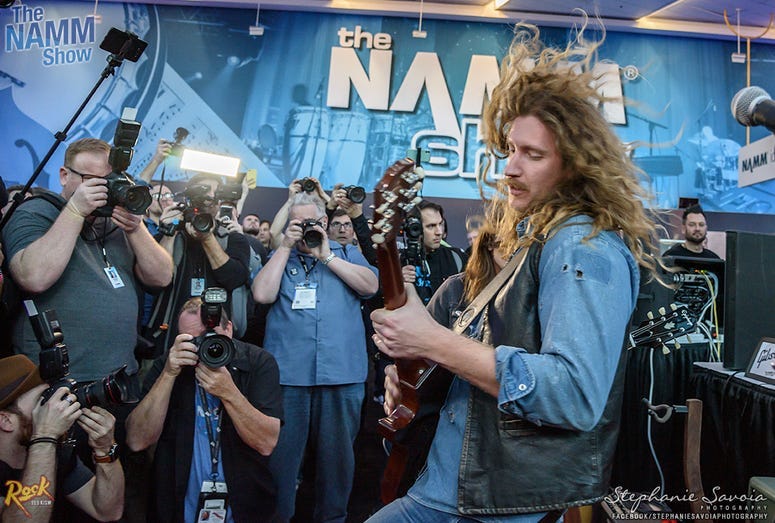 Lumatone Inc's MIDI keyboard was a trip. It has 275 hexagone shaped keys that light up. MIDIs totally confuse me. I need to spend some time with one! 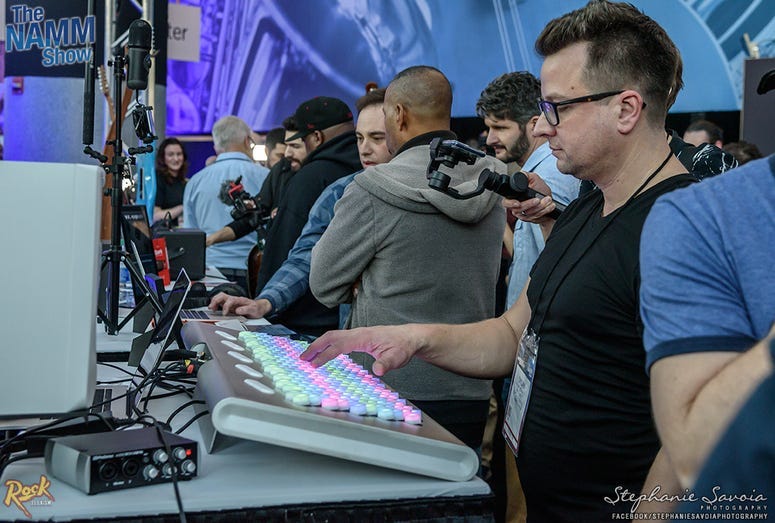 Paoletti Guitars SRL brought their 4Tus Leather Hot Baby Junior. The leather bodies evolved from a collaboration with Guns 'n Roses guitarist Richard Fortus. The texture was interesting. I wonder how that leather will hold up and how it will age with constant use.

I wanted to give you an idea of how many media members come to this preview and how tight it can get in there by going high for a shot from above. 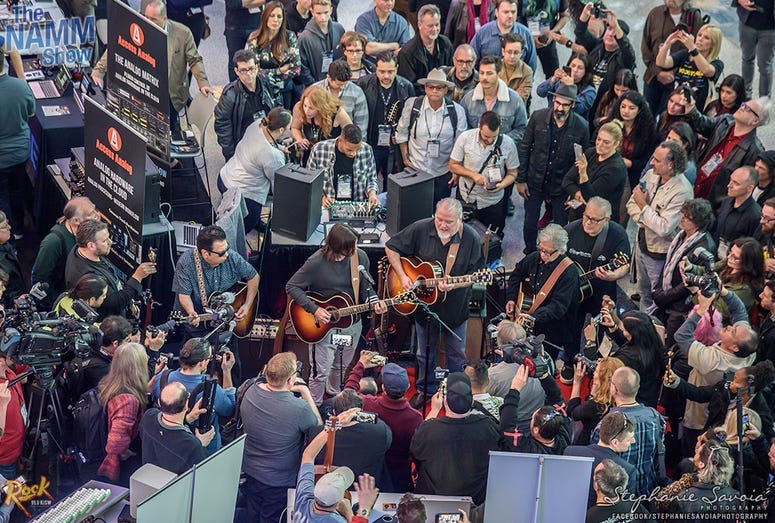 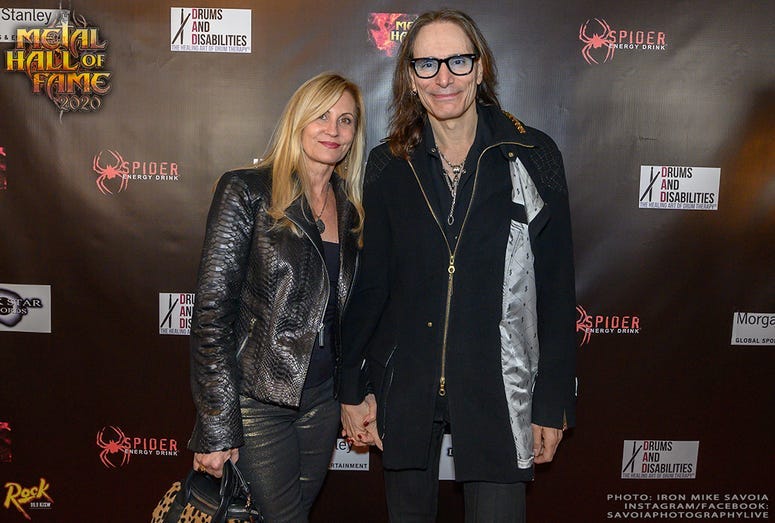 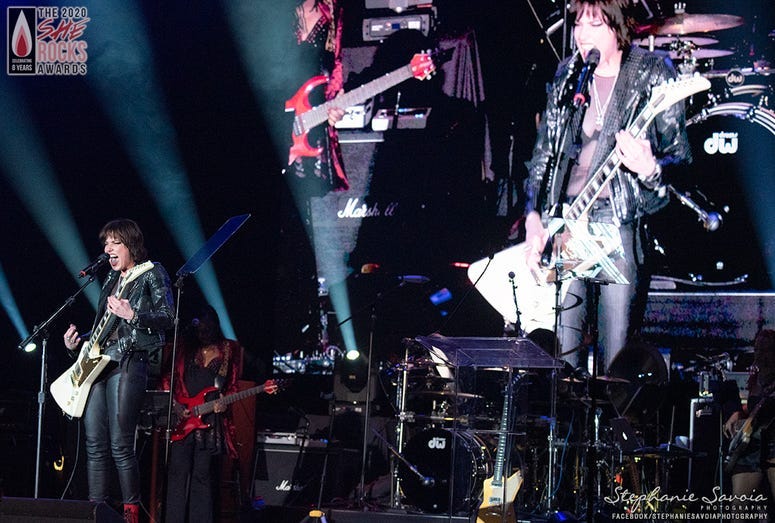 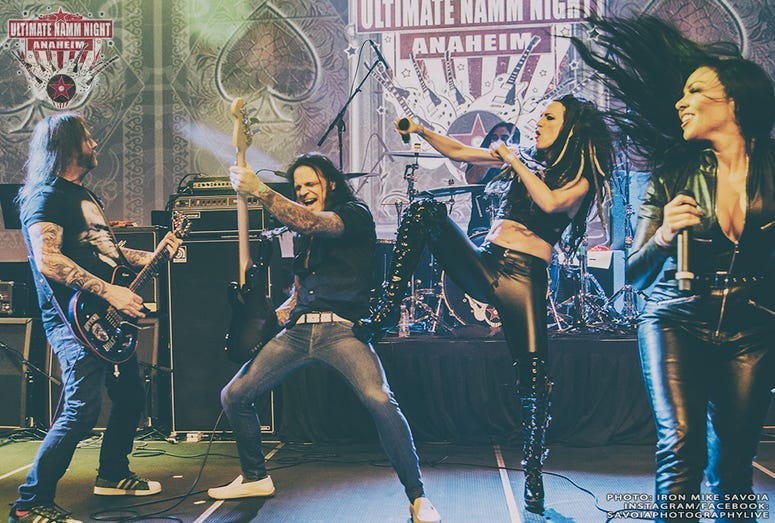 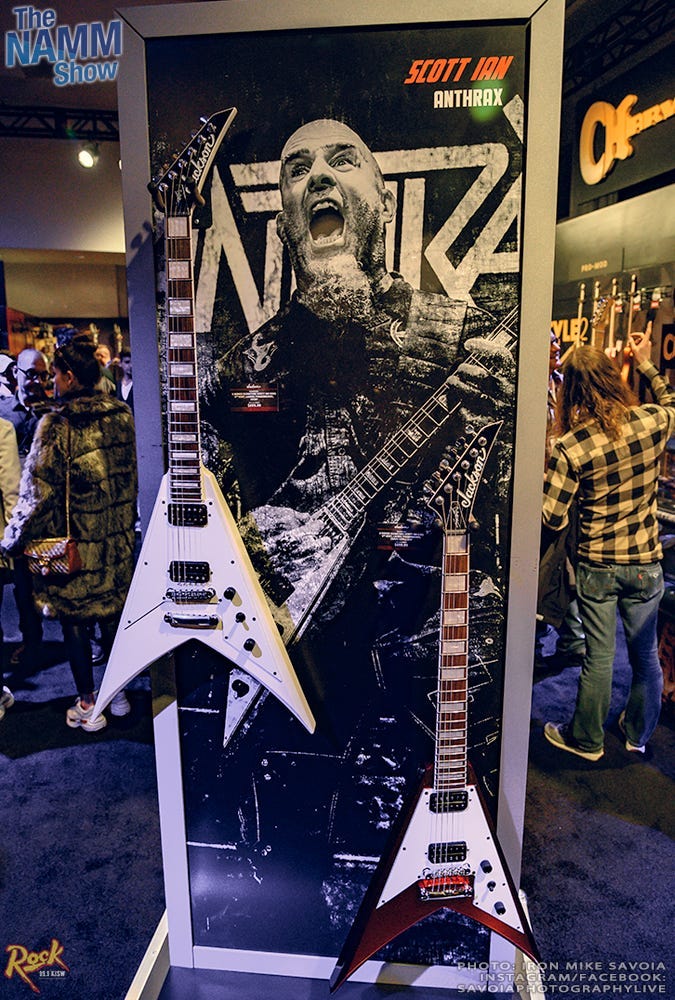