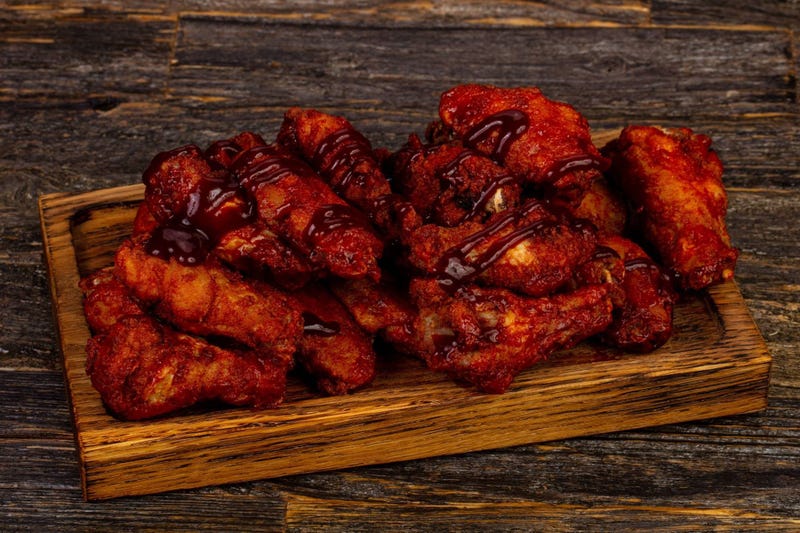 Hello Rock-A-Holics and welcome to extra crispy, fresh from the fryer, edition of the Joey Deez Blog! Today I have for you a video that combines two of my favorite things in life, food videos and Gordon Ramsey. That’s right; the long anticipated episode of Hot Ones featuring Gordon Ramsey dropped this week and let me be the first to tell you, it was worth the wait. For those of you who may be unfamiliar with Hot Ones, it’s a series of videos in which host Sean Evans invites a special guest to join him in an epic quest to eat chicken wings covered in some of the hottest sauces in the world. The twist is he tries to conduct an actual interview with his guest while they eat. As you can imagine, people start the interview confident that they can withstand the heat, but by the end, it’s all blood, sweat and tears. Well, hopefully not blood.

That’s why this week’s guest, Gordon Ramsey, created a ton of hype as we’ve all been wondering how this great chef’s palate will hold up against the bombardment of spiciness that is HOT ONES!

Check out this spicy episode of Hot Ones below:

Who else thought that Gordon breaking out the stomach medicine was hilarious? He came prepared for the worst. Now you would think after watching these videos you would stay away from spicy wings but in fact my friends actually got inspired to try their own version of the Hot Ones challenge and it was awesome…..for me. You see, once when I was a younger and dumber man, I also tried to eat crazy hot wings and learned a very valuable lesson; never go full spicy. That’s why when my friends decided to try this challenge; I bowed out and instead played the role of judge, as they raced to see who could finish all the wings first. The first 6 wings went down fast, with much gloating. Wing 7 and 8 was what can only be described as an aggressive Bounty commercial as sweat began to flow like water out of a broken dam. Multiple people fell out of their chairs, coughing, quickly exiting the competition to grab a huge glass of milk. The others sat there in despair as they attempted to push through the last two wings, which smelled of a lovely mixture between gasoline and tar. Two of our mighty contestants managed to down both remaining wings, completing this tortuous challenge, but at what cost. A roll of paper towels; gone. A gallon of milk; gone. Taste buds; gone. But pride? Forever intact! The winners did one incredible victory lap then start shoving bread in their mouths. I heard rumors that it was even worse coming out than going in, but I’ll leave that to your imagination…..ROCK ON PEOPLE!

Would you attempt the Hot Ones challenge? ​

music
Justin Bieber wants as many kids 'as Hailey is wishing to push out'
music
New bill gets BTS out of military service, but for how long?
news
Baby born from embryo that had been frozen for 27 years
news
Nurse placed on leave after mocking COVID-19 guidelines on TikTok
sports
Steve Young says Ravens-Steelers should not be played without Lamar Jackson
music
Machine Gun Kelly is confronting past drug abuse in therapy