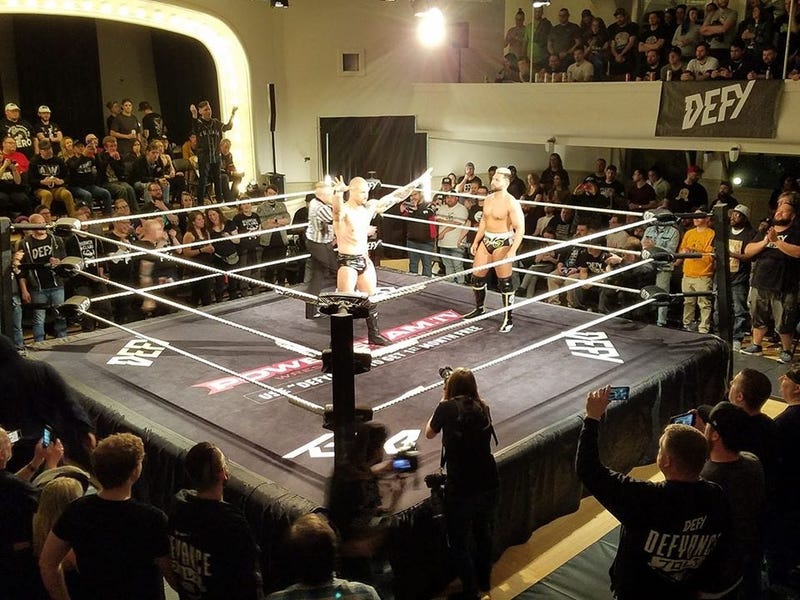 After being granted his release from Impact Wrestling near the end of 2019, the 34-year-old Las Vegas-based standout was one of the most sought-after free agents on the independent wrestling scene.

When Killer Kross showed up on Friday night to face off against the returning King Khash at DEFY’s 3-year Anniversary show appropriately dubbed “YEAR 3”, none of us had any clue that it would be one of his final indie matches and his last DEFY stop before signing a huge contract.

BREAKING NEWS:
Per @ryansatin on #WWEBackstage, @WWE has signed two of the hottest free agents in sports entertainment, Timothy Thatcher and @realKILLERkross! pic.twitter.com/BPqSs2n5CW

That’s right! The badass grappling hybrid fighter known simply as Killer Kross has signed with WWE. I would assume that we can expect to see him on NXT any day now.

If you’re not up on Killer Kross, here’s a compilation video that shows some of gnarliest moments along with the darker side of his character. After that, make sure you watch his match against Jon Moxley, as it was one of Moxley’s first big matches on the indie scene after leaving the WWE and shedding the Dean Ambrose monikor.

Good luck and congratulations to Killer Kross aka NXT’s next big thing.