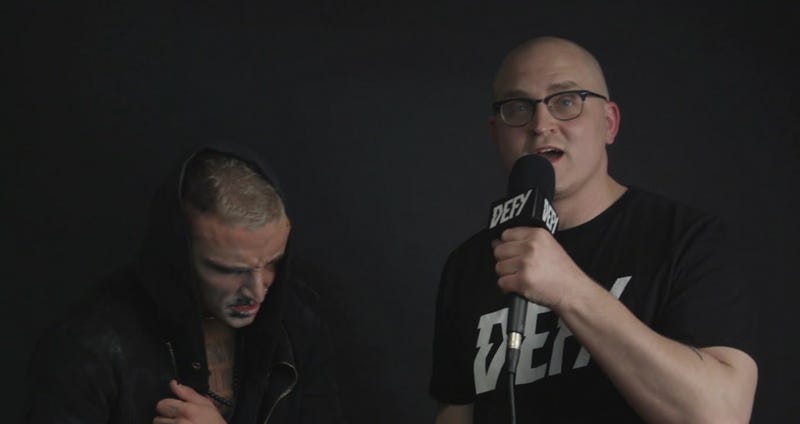 He's one part Jackass, one part Sid Vicious and one part Rowdy Roddy Piper. Northwest native Darby Allin left the Seattle area just a few years ago to follow his dream of becoming a pro wrestler.

It wasn't too long until Darby - who takes his wrestling monikor from Germs vocalist Darby Crash and nihilistic punk icon GG Allin - was making headlines for his gutsy and stuntman-like wrestling style that earned him a handful of "viral" moments. For the last couple years, Darby has traveled all over the world as one of the most in-demand wrestlers on the independent scene, working for well known companies like Evolve and AAW and even four of the Northwest's premiere companies - DEFY, 3-2-1 Battle!, Without A Cause and Project 42.

It looks like Darby has found a full time home, as the 26-year-old grappler has signed a contract with All Elite Wrestling. Darby will be wrestling alongside talents like Pentagon, Fenix, The Young Bucks, Cody and Dustin Rhodes, Chris Jericho and Kenny Omega as the company premieres on the TNT network this fall.

Whether you're a wrestling fan or not, you have to admit that watching a local guy like Darby Allin accomplish his dreams is pretty damn incredible.