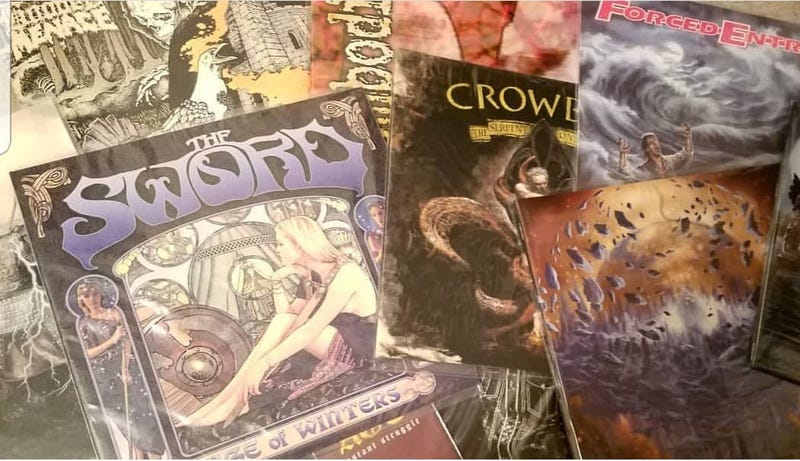 August 14, 2020 08/14/2020 6:40 am
It’s pretty strange that we are nearing the end of the weirdest and most socially distanced summer ever and there are no big metal shows, outdoor festivals or open-air concerts happening for the foreseeable future. It’s safe to assume that the majority of us metalheads are missing live concerts and the feeling of loud amps in our faces. It’s an unfortunate reality that we live in right now, but it’s also important to realize there are still tons of killer metal albums being released by underground artists that could use some help. With their primary source of income – touring – being ripped out from under them, now is the time to support these artists and purchase a new album or two.
Here are some new metal songs to check out and the links to purchase their albums.

This is a song from the brand new deathCave album “Smoking Mountain,” which is being released this Friday (August 14th). These guys play a dirty mix of doom and death metal with a righteous rock n roll swagger. You can preorder the album on vinyl here.

If you are looking to get your mind blown by a mixture of pummeling brutality and progressive technicality, look no further than the mighty German death metal band known as DEFEATED SANITY. This is the perfect soundtrack for lifting a massive amount of weights. The new album “The Sanguinary Impetus“ is out now and you can order it here.

Khemmis – “Down In A Hole” (Alice In Chains cover)

Colorado-based melodic doom band Khemmis does an incredible job covering my favorite Alice in Chains song here. This will be appearing on a compilation of various artists covering Alice in Chains titled “Dirt: Redux”. You can order it here .

Is epically triumphant power metal more your style? Well hot damn, here’s the new Unleash the Archers. I have to admit that I’m late to the party on this band, but I’m really looking forward to their new album “Abyss”, which is coming out August 21st. You can pre-order the album here.

Last but not least we have some vicious old school sounding death metal coming from Bay Area road dogs Necrot. Their highly anticipated album “Mortal” is available on August 28th via Tankcrime Records and you can pre-order it here. Mosh!