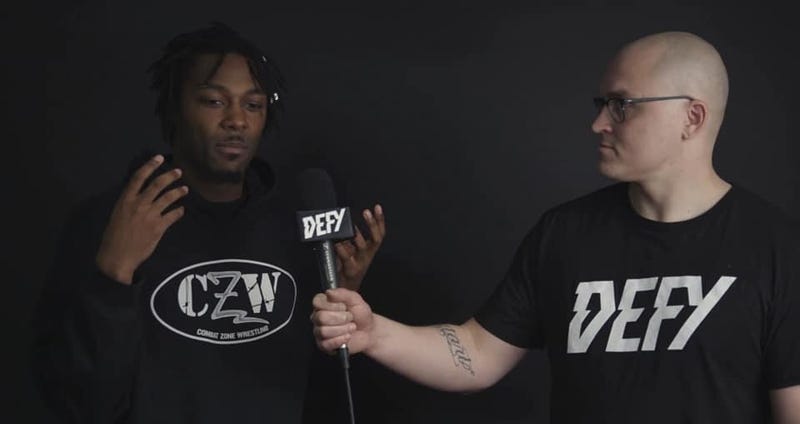 On Friday October 18th the wrestler many know by the nickname “Swerve” will make his triumphant return to Seattle, but this time it will be on a much bigger stage.

Now known as Isaiah Scott, Swerve made his name in the Northwest under his real name Shane Strickland. He carried the torch for DEFY for the first two years of the company’s existence, defending his Championship title in some of the most insane and hard-fought matches I have ever seen. His in ring battles in top independent wrestling companies such as MLW and CZW all over the globe gained him attention from both fans and promoters.

By late 2018, “Swerve” had become one of the top prospects for major wrestling companies. Just a couple weeks after WrestleMania, it was announced that “Swerve” was one of the newest signees to NXT and would reporting to the WWE Performance Center for training.

Though I’m not sure exactly who Swerve will be facing tomorrow night as NXT invades the Paramount Theater, it’s a sure thing that he will be ready to show exactly why the entire city of Seattle is SWERVE’S HOUSE.

Get ready to be WOW’d by Swerve tomorrow night at NXT by checking out some of these killer matches from his time on the independent wrestling circuit.