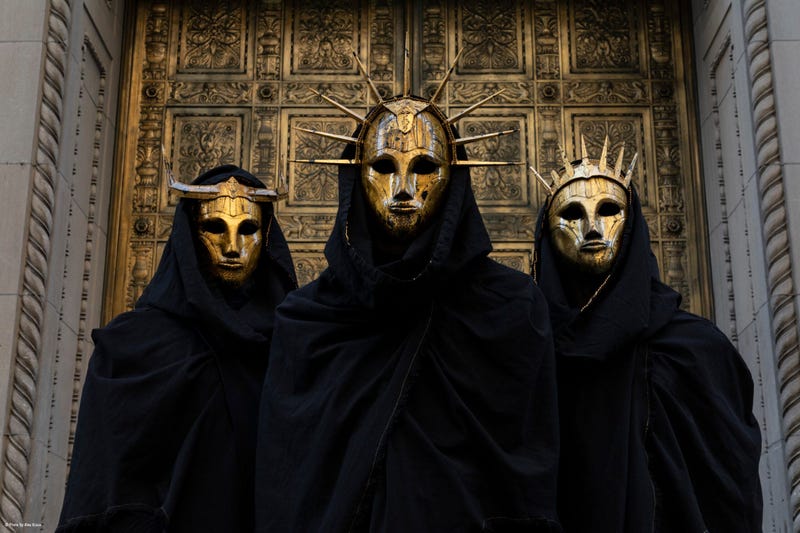 Upon first glance of their intricate onstage costumes, one might assume NYC based metal band Imperial Triumphant is just another clever gimmick band.

In reality, Imperial Triumphant is one of the most left-brained and unique metal bands going today. They have been dubbed “Avant Garde” metal, with a lot of their music leaning heavily into their jazz influences and incorporating a wide range of inspirations one might not typically associate with heavy metal.

Their new album “Alphaville” is available now on Century Media Records and has received critical acclaim across the board.

I was able to speak with Imperial Triumphant bassist/keyboardist and vocalist Steve Blanco about everything from growing up in the NYC metal scene, life during the pandemic, jazz recommendations and of course their new album “Alphaville.”

Check out a couple uniquely creepy Imperial Triumphant videos here and then listen to the full interview below.