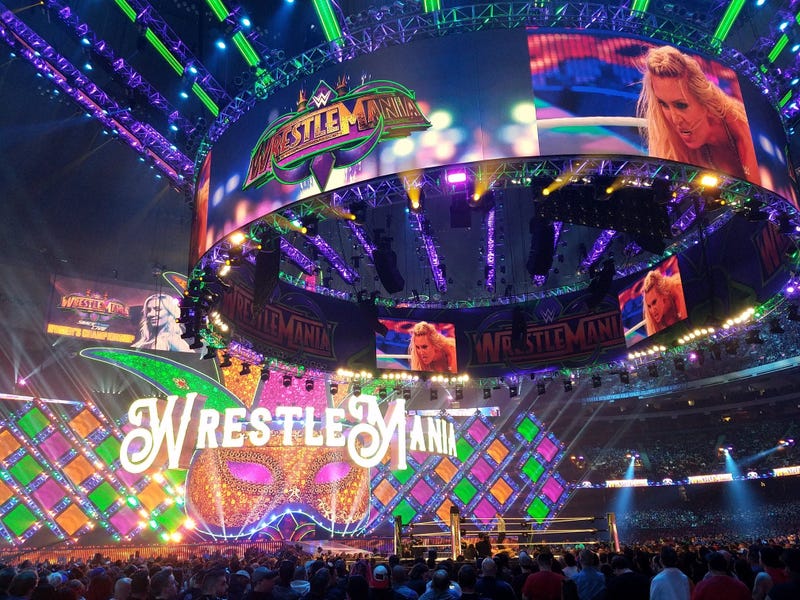 WrestleMania weekend has arrived again and it’s time for all of us to sit back with some snacks and beverages and take in all 6,784 hours of this grappling spectacle on Sunday night. If you’d like to hear me break down the entire WrestleMania 35 card match by match alongside Cody Von Whistler, Sgt. Hairclub, Steve Migs and Jeetz check out our special episode of the Jabroni Journal podcast right here.

If you’re a diehard wrestling fan like me, you’re probably aware that these days, WrestleMania weekend is about much more than just Mania. Leading up to Sunday’s star-studded event, wrestling fans are treated to dozens of events surrounding it. Every promotion from Japan’s Stardom and DDT to popular independents like AIW, GCW, Evolve and CZW are showcasing some of their best matches of the year. And we can’t forget about WWE’s “developmental” league that has almost eclipsed the main brand with their reputation of always putting on world class “Takeover” events during WrestleMania weekend. One of the biggest stories of the weekend is the fact that the first non-WWE wrestling event in damn near 60 years is taking place at the world-famous Madison Square Garden as Ring Of Honor and New Japan Pro Wrestling team up for their sold out “G-1 Supercard” on Saturday night.

Here are the 5 matches I’m most looking forward to watching this weekend.

Pete Dunne has held the WWE UK Championship for more than 685 days now, but he’s gonna have to step up in a major way if he plans to get back the freight train known as WALTER. This match is going to be extremely brutal and hard hitting and downright AWESOME.

This right here is a clash between two of the most talented wrestlers in the world pound for pound. Both Jeff Cobb and Will Ospreay are young, world traveled superstars who seem to never have a bad match. These two are gonna blow the roof off of Madison Square Garden.

Here is another promising match from the jam-packed Ring Of Honor / New Japan show on Saturday night. Both of these wrestlers are at the top of their game and this one could EASILY steal the show. I’m really hoping for Kota Ibushi to walk out of MSG as champion, but I’ll be happy either way.

This is a match that wasn’t even officially announced until 24 hours ago. And why am I so excited to see this match that could be considered a throwaway match for Raw? I’m ready to see two of the WWE’s workhorses, Curt Hawkins and Zack Ryder get the huge victory, scoring the tag team belts and FINALLY winning in their hometown for an epic WrestleMania moment.

How could I not put this in my top 5? For the first time ever, WrestleMania is being main evented by a women’s match and I couldn’t think of a better way to end the event than seeing THE MAN holding both titles high above her head. LET’S GO BECKY! *CLAP CLAP CLAP CLAP CLAP*