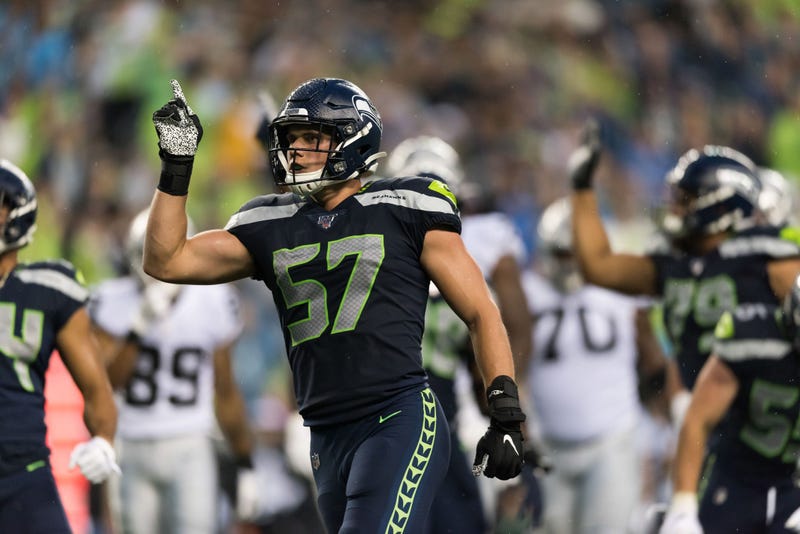 Football season is closer than we think! Hopefully. SO we've got to do all we can to hold ourselves over until that wonderful day comes. The thing really any sports fan has to hold on to right now is....reruns. Lots and lots of reruns. And one thing that came to mind as I was watching said reruns was "How did last year's draft class do this year?" So I decided to take a look.

Our first pick was meant to be an explosive and intuitive playmaker for the Hawks this last season in the form of LJ Collier. After what we saw this season (unpopular opinion: it's a season to put in the rearview mirror.) This is still very much a possibility for the Hawks. You may not have heard his name this season, but that may be indicative of being a rookie, and having Jadeveon Clowney in the spotlight, as well as the rest of our star-studded defensive front. This was one of those picks that's meant to grow beyond the whopping 3 tackles he got this season, so I'm going to wait on this one.

Now we're talking. I loved seeing Marquise Blair come out of the gate this year. It's been a position that we've been trying to fill ever since the loss of Kam Chancellor, but I think Blair did a great job especially for his rookie season. Some comparative numbers, Kam had a total of 27 tackles his rookie season over 16 games with a forced fumble. Marquise had 30 total tackles over 14 games with 2 force fumbles. Now, does this mean that he's going to crush like Kam went on to? Not necessarily, but it does pose a very promising rookie season, and a player to look out for in the Seahawks backfield. Here he is defending one of the biggest problems on the Ravens roster.

Not a whole lot has to be said for this mammoth among men here. He's exactly what this organization looks for in a Wide Receiver as well as a player. A model Seahawk if I ever saw one. We'll be lucky to hold onto him for a while. But don't take it from me

Another pick that I truly feel will grow into a stellar find, Cody Barton. A relatively quiet rookie season, but again that's to be expected when you consider the roster. Barton put up some good numbers this season with a nice 22 tackles over 16 games, 2 of which he started. Cards on the table, our linebackers are getting up there in age and they have an expiration date in the league. We have to be ready for the time that Bobby finally hangs it up. Barton could be that fill in, we'll find out as his experience grows.

Probably going to be enough for now, We've still got a diamond in the rough a little later down that line so we've got more to get back to 12s. Hang in there. We'll get to the season in no time! With that....Mike Hawk is OUT!