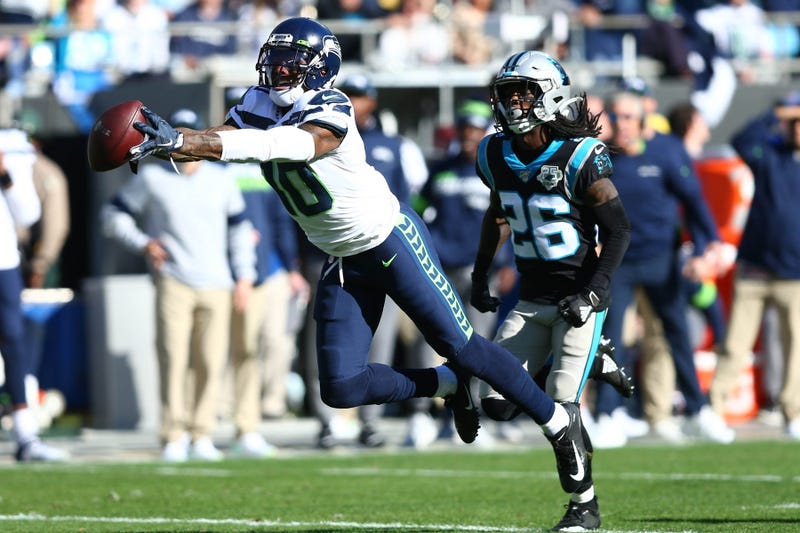 Here we are celebrating yet ANOTHER Seahawks victory and once again being on top of the NFC! It was a big week for our boys! Clinching our spot in the postseason, climbing back to the top, and the team continues to develop!

Couple shining stars this week, 1st of which has to be my boy Chris Carson! He's been a big playmaker for us for a couple years now, but he's really come into his own this season and made his mark on this team! Only caught what RedZone allowed me to see from the game this weekend, and I know it wasn't a massive blowout, but plays like these, which seem to happen each and every week make me love the man more and more. He's a freight train that is going to reach his destination without fail. I love it!

.@ccarson_32 gets the first down and then some!

Hell of a game for veteran KJ Wright as well! the whole defense was looking like a well-oiled machine for the first couple quarters out there which made for a much less stressful 2nd half. Especially when our boy has a couple of these under his belt. Major props!

Give the man his heated floors ‼️😂@KJ_WRIGHT34 comes up with another pick!

Now on to the bad news, we sustained a couple nasty injuries and losses as well. Quandre Diggs already appears to be ruled out for our next matchup against the Cardinals with an ankle injury. We also had Bobby leave the game with an ankle injury, but according to Pete, he should be alright come gametime. It was also reported that we've lost one of our star wide recievers, Josh Gordon, once again to suspension via substance violation. It's a beast that we knew about when we aquired him this season, but not one that we could keep him from diving back into. He's out indefinitely. As for Clowney, who was "so violently ill" that he couldn't travel with the team, he should be making his way back into the lineup next weekend. Hopefully that's the last of the flu plaguing the team.

It was a game to get through, and so is this weekend, but that doesn't mean it's going to be easy. While they are the only sub-.500 team in the division, you never know what they have up their sleeve. Regardless, we're sitting pretty at home until the end of the season and it would appear that we control our destiny! Hang in there 12s! 2 more weeks and then it's off to the postseason!! With that...Mike Hawk is OUT!