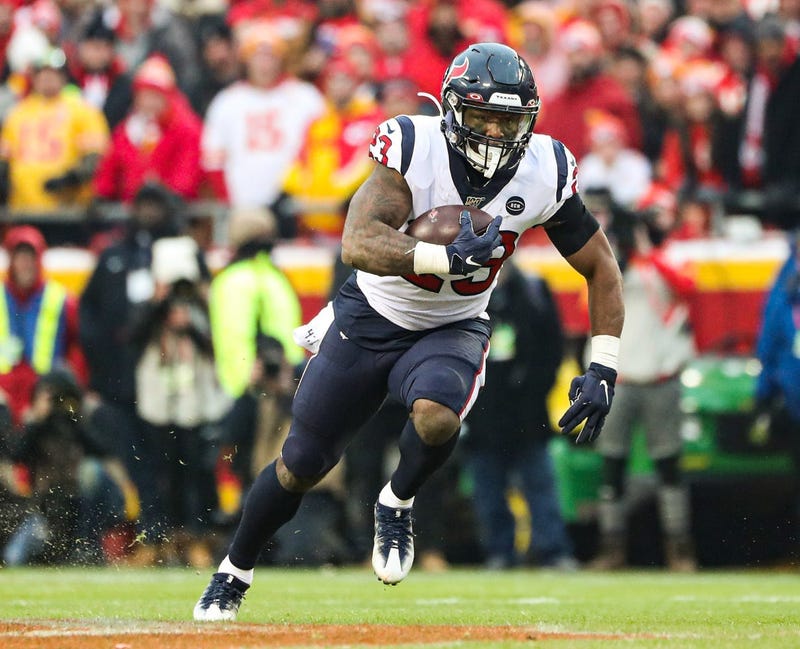 Last week, I pitched a question on my Twitter based on some of the rumors I had heard circling the Seahawks, centered around the position at Running Back..

Hawks in talks with Devonta Freeman and Carlos Hyde as additional RBs. Who's the one they'd want more? Why?

Pretty serious about both Devonta Freeman and Carlos Hyde, it didn't take long before we got the news that a decision had been made

But the question begs, "why?". With Chris Carson, CJ Prosise, Travis Homer, as well as drafting a runner in April, why do we need a Running Back that's coming into his 6th year, and his 6th team? This is one of the many intriguing things about Pete and John. Things to consider are, the significant injury Carson endured last season. A hip injury is devastating to a runner, and it put him out of the season. Secondly, if you look at Hyde's style of running, he's contradictory to Carson's. While Carson is a very "Marshawn Lynch" style power runner, Hyde fits a little better into Prosise's "Speed Runner" mold. He's quick, he's always got his head in the play, and looking to extend for that 2-3 yards after the play, and he's got the raw power to be able to carry it there.

Some have speculated that this spells trouble for Carson. I fully disagree. This spells trouble for either Prosise, or Homer, and I think Prosise is the one that's targeted here. Carson is our #1 guy, especially if he stays healthy all season long, he's one of the best in the league at the moment. Homer proved himself to be one hell of a fighter last season in place of Carson, and a good option should the need arise. Hyde will fit perfectly into that mold as another hand for Russell to put the ball into.

The Seahawks are notorious for not being a one-man-team (Save for Russell), Hyde is not an "every-play" running back, nor does he seem to expect to be. I think Hyde may have found his fit here in Seattle, and we may have found what our running game needed to give us one hell of a shot at the title. It's going to be an intriguing year gang! Stick with me! 16 WEEKS TO GO! With that...Mike Hawk is OUT!