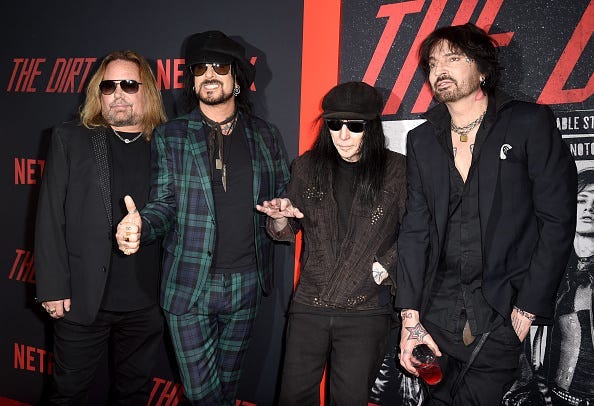 Almost 6 years after signing a Cessation of Touring agreement, the contract is off the table because a whole new generation of Crüeheads are relentlessly demanding for the band to come back together. Following the huge success of their NETFLIX biopic THE DIRT, Mötley Crüe has seen a massive surge in new audience. And the band best known for breaking the rules has destroyed their cessation of touring contract in true Mötley Crüe-fashion, by literally blowing it up.  Read the full text here.

Of course we're stoked about this news.  I can't say it was a surprise though.  I think everyone has been waiting for this news since the "contract" signing six years ago.  If there were an office pool I would have lost.  I thought it would take a bit longer..

Here's the post form the band announcing the news:

There's also talk of a tour with Def Leppard and Poison.  No dates or venues have been announced.  Word is they'll be paying US stadiums in 2020.  Count me in.