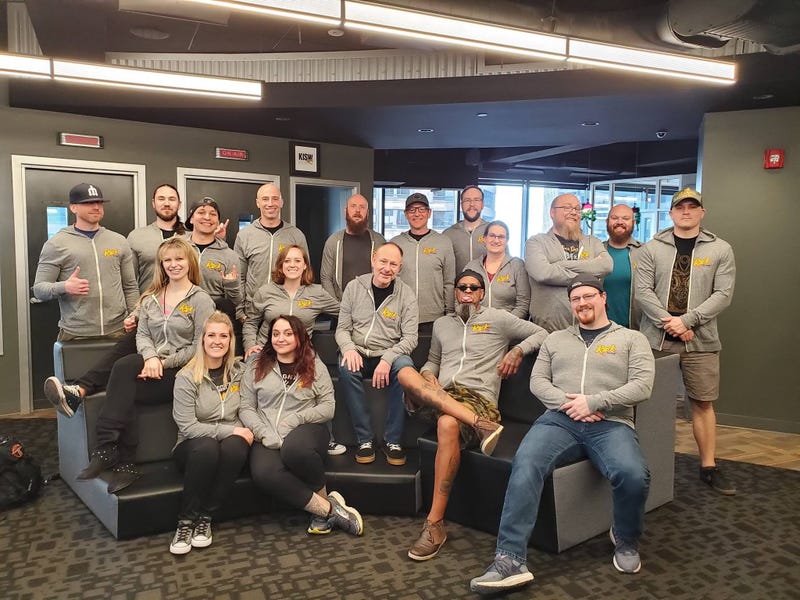 It’s come to my attention one of you thought it would be a fun prank to nominate THE ROCK in the category of “Best Radio Station” on KING 5’s annual “Best of Western Washington.”  If it was you, thanks, and our most sincere apologies to the nice people at KING 5.

Seriously, look at the titans of broadcasting we’re up against.  The competition is stiff.  You have KUOW who are like really really super super smart. There’s Movin’. A million screaming teenage girls can’t be wrong.  Also, how can we compete with the Jonas Brothers, Ariana Grande and then the Jonas Brothers again?  KNKX!? A community owned jazz and NPR station who’s Bird Note feature absolutely DOMINATES from 9:00 to 9:02 every weekday morning. Lastly is KEXP.  There’s nothing cooler on the dial when they’re not fundraising..  So I’ve been told.

Somehow we’re in there too.  Seattle’s little church mouse of a rock station. Really, dude.  We’re not worthy.  So while you’re voting in KING 5’s Best of Western Washington keep an eye out for THE ROCK.  We’re sandwiched somewhere between “Best Happy Hour” and “Best Team Building Exercise.”   Shoot, if we win we’ll take the losers out to the “Best Vegan Restaurant.”

You can cast your vote here.