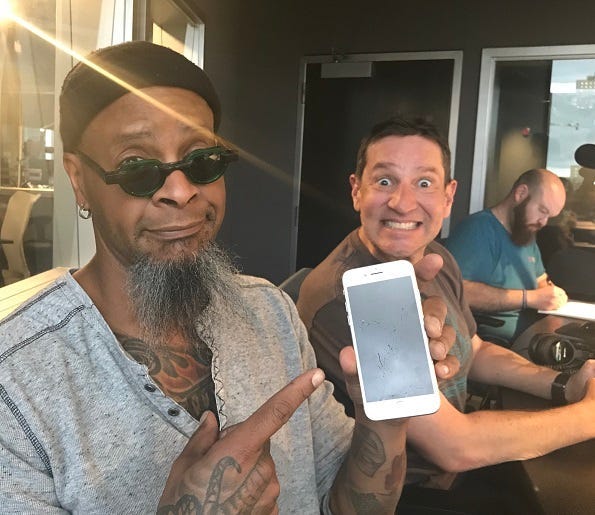 Today we asked "what's the story about your phone?" It was inspired by a story out of Tennessee that involved the always-dicey 'butt dial'. In this case, a man 'butt dialed' his girlfriend while he was having sex with someone else...who happened to be a dude. It should be noted that the butt-dial/ sex last for 1 hour and 28 minutes.

I only point this out because all of us were impressed as this dude's stamina. Guys, notoriously, don't need a whole lotta time to 'get there', so the idea that 2 guys were swinging the lumber for that long defies stereotype.

I'm sure the guy's girlfriend overlooked this marked achievement and chose to seethe instead. And who could blame her? Anyone would be pissed and hurt and all of the other emotions of misfortune...but she actually chose to listen the whole time. She listened to him (and him) get it on for and hour and a half. Not sure I could listen that long, given the circumstance.

All of that said, this is the story that inspired the question.

Oh yeah, the woman in the story also got herpes from the guy.

Pain in the Grass tickets are now on sale, by the way! Get to it!