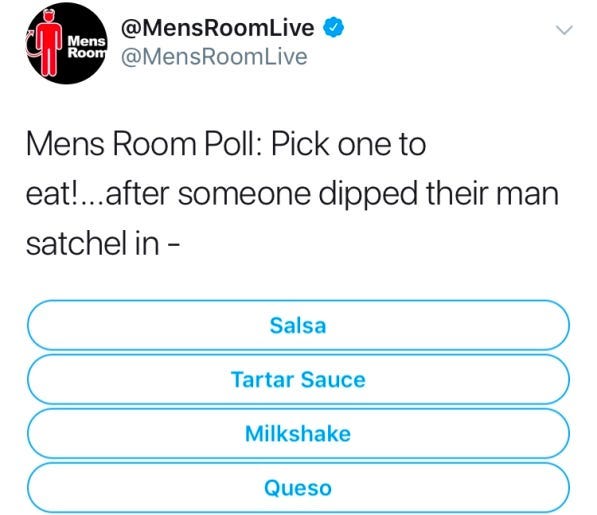 Today was 'Big Dummy' day and, as always, we conducted a Mens Room Poll. The ORIGINAL idea we had was to ask, "Who's Name Would You Call Out During Sex:

However, those plans were derailed when THIS happened:

Inspired by this man, we decided to ask:

"If you had to eat a food that someone dropped their testicles into, which would you pick: