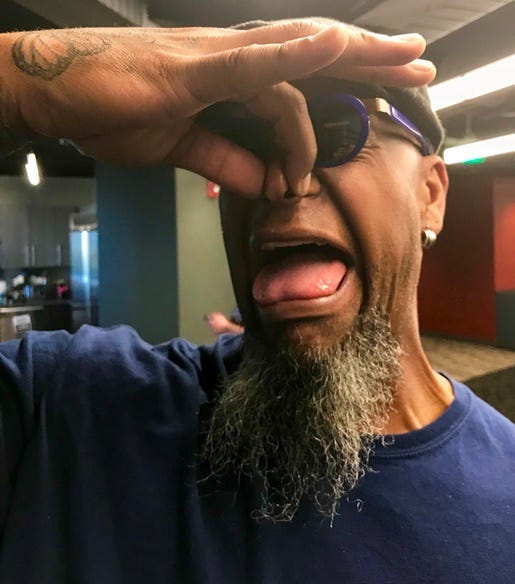 Totally forgot about a blog today. Then Robin said, "Hey, is there a blog today?" I lied and said, "yea, yea, yea".

Now I'm typing this to prevent myself appearing as an actual liar. The problem is that I've already admitted that I was lying, so this blog, which Robin will post, is now evidence of my deceit. I'm OK with that.

I figure that as far as what I've done today to actually offend Robin, my farts earlier make this blog issue small potatoes. Seriously, I was farting like mad today (which might not seem that out of the ordinary) but I can't explain how incredibly bad they smelled today. It was like I had 3 day old egg salad fermenting in my pants. My farts were so bad they bothered ME!!

We actually did 3 of the 4 hours of the show with the door to the studio open. That is the ultimate no-no in radio...but the farts smelled that bad. True.

And there's the blog!

While you're here, treat yourself! #BourbonandBaconFest tickets are here!