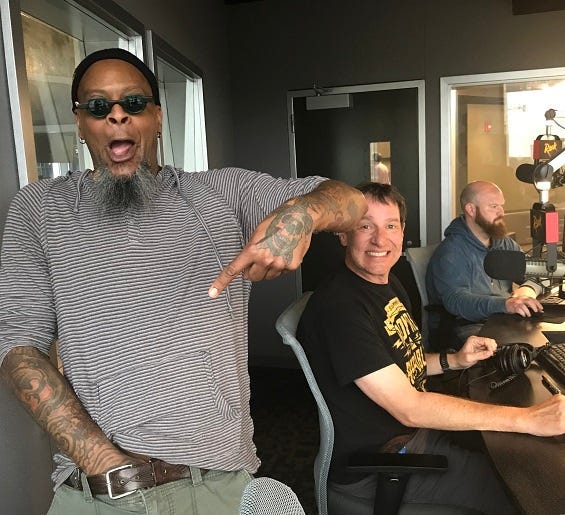 If your junk's name was a combination of the names of your first pet and last (or most recent) pet, what would it be?

My penis would be named 'Duke Rainbow'. I kinda dig it, but I already named my penis. I did. His name is Lando Calrissian...same as the smooth-ass Star Wars character. It's a tribute...albeit it, a f**ked up one.

Similarly, if Ted hadn't already named his penis 'Kenny Loggins' (true), it would be named 'Tigger'. Just 'Tigger', like Madonna or Cher or Adele.

Miles' junk would be named 'Gomez Sunshine'...and from what I know of Miles, it might already be.

Finally, Robin's vagina would be named Nikka Lola...which leads me to believe that her vagina is a Russian spy.

None of that was important, nor did you ask, but there you go anyway.

And waste not another second without your Redfestival tickets secured! Get em' now.