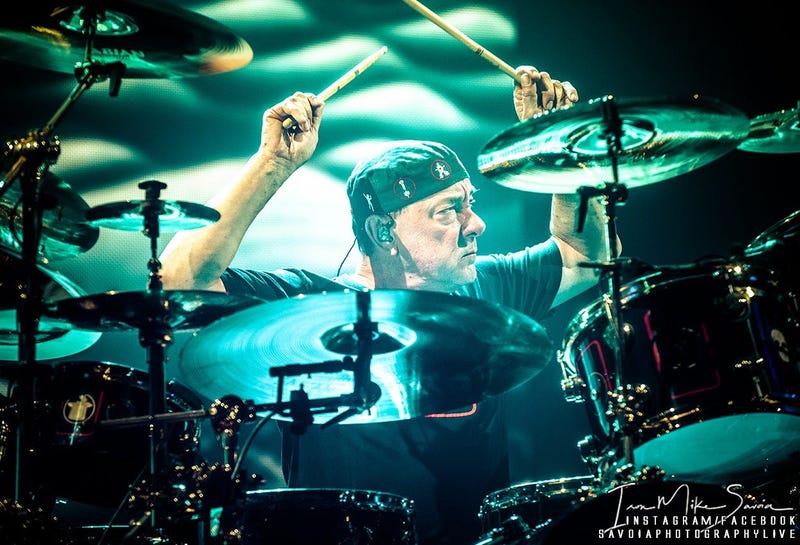 The music world remembers a rock legend today - Neil Peart, The Professor, who passed away at the age of 67 on January 7th.

I learned today that the greatest drummer of all time (yes, I am biased and not ashamed to admit it) passed away after a battle with brain cancer. Neil Peart lost his fight with glioblastoma, the most aggressive form of cancer that begins with an attack against the brain.

You might not know much about me, but if you know anything about me at all, you know that Rush is my favorite band. It's my boyfriend's favorite band, too. We even made our baby announcement Rush-themed.

In our son Barrett's nursery hangs a custom piece of Rush art from a dear friend. You'll notice it's a 2112 star BABY, instead of a star MAN. 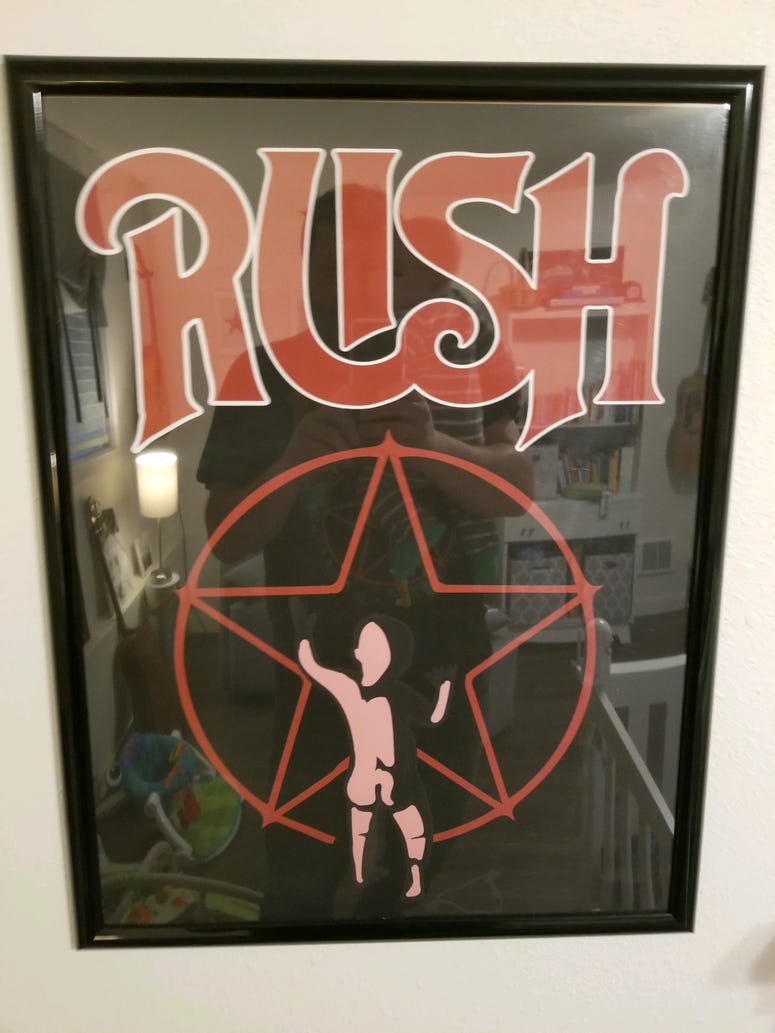 I love this band so much that I've even gone to extremes for meet and greet access, "lightly stalking" their record label representative TWICE for the opportunity to meet the band... I won't go into detail...

Looking at these M & G photos, one thing you'd clearly note is the absence of Neil Peart. He didn't do meet and greets, and he hadn't for a very long time. I, like many die-hard Rush fans, never had the opportunity to meet him. And most of us didn't know much about him outside of the music that he made and the tragedies that he experienced along the way. Neil lost his daughter in a one-car accident in 1997, and less than a year later, he lost his wife to cancer. This inspired his 55,000-mile motorcycle tour of North America, and his book Ghost Rider: Travels on the Healing Road.  By his own design, much of his life was kept a secret, including his cancer diagnosis.
One thing that brought the introverted Neil Peart to life and made Rush such a special band is the bond the three members shared. Best friends Alex Lifeson and Geddy Lee, with their mastermind lyricist Neil Peart. Oh, did you know about that? Neil penned the majority of the band's songs from the time he replaced their founding drummer John Rutsey in 1974. A true genius. Their friendship was hilariously CAPTIVATING to me. There's a scene in Rush: Beyond The Lighted Stage that shows the trio out to a VERY long and wine-fueled dinner at what appears to be a fancy hunting lodge. I honestly like to think I could have gone glass-for-glass with them, but I bet I'm wrong about that.

Another favorite component to the power and the precision of Rush... what it would take to mic up Neil Peart's drum kit.

People ask me about my favorite Rush song ALL THE TIME. It's such a difficult question. I have lots of favorite Rush songs. And they've changed over the years. Most recently, it's been 'Time Stand Still'. But it's been 'Jacob's Ladder', 'Xanadu', 'La Villa Strangiato', 'The Trees', 'Cygnux X-1'...  as a fan, I am constantly rediscovering components of the music that shift my listening habits. But one thing is  consistent - you can't stop dissecting the drums. That was Neil Peart's specialty. Layers upon layers of percussionary perfection. The inimitable art he shared with us for nearly half a century.

As I write this, I am gutted. But I am genuinely blown away by the outpouring of love I've seen from musicians, fans and other radio personalities. It's clear that you don't have to be a Rush fanatic to understand the magnitude of the contributions of Neil Peart.

My heart goes out to Geddy Lee, Alex Lifeson, Neil's wife Carrie, their daughter Olivia, and the millions of lives he touched with his music.