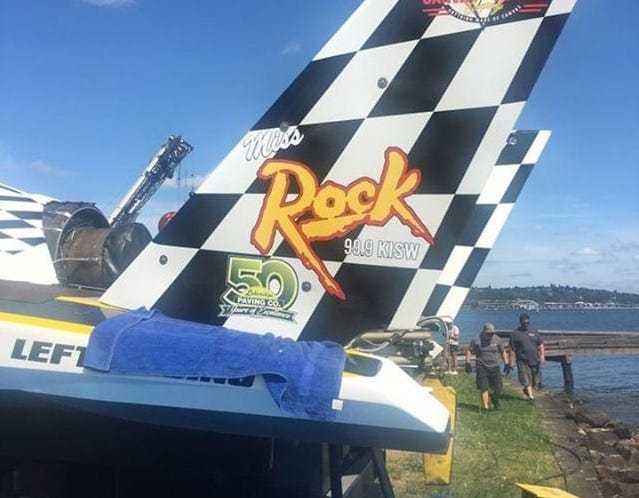 Seattle's favorite summertime festival is back for another year!

The commute south on I-5 was a DOOZY this afternoon due to the Blue Angels practicing over head, but it was spectacular to see them back in action!

Sure, we'll have our eyes to the sky these next few days as the Blue Angels soar overhead, but Lake Washington is where the real excitement will be, especially with Miss Rock back in action and sporting an all-new design.

Here's a look at this weekend's race schedule:

Have a great Seafair, Seattle!