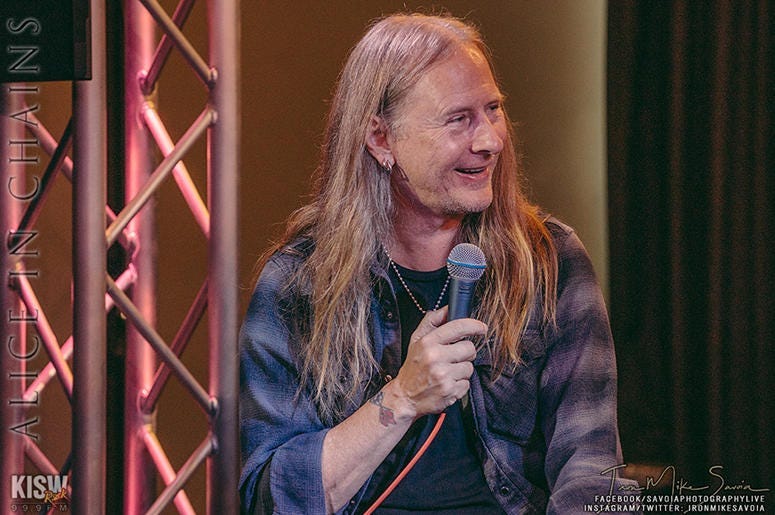 If a Mount Rushmore of Seattle guitarists were chiseled into Mt. Rainier, many would argue Jerry Cantrell should be one of the featured four. His local roots are deep, his musical talent is widely celebrated, and his story is one of passion and perseverence.

Sitting in front of an impressive wall of vinyl, Jerry Cantrell talks with Gibson TV about growing up in a musical family, bonding with Pantera, forming Alice In Chains after meeting Layne Staley at a house party in West Seattle, bombing on stage in front of Eddie Van Halen and developing his solo style.

Earlier this year, Jerry Cantrell began working on his first solo album in nearly two decades, and we'll keep you posted on his plans to release it.

Smart speaker at home? Tell it to "play KISW" to listen whenever you feel like it. More info.