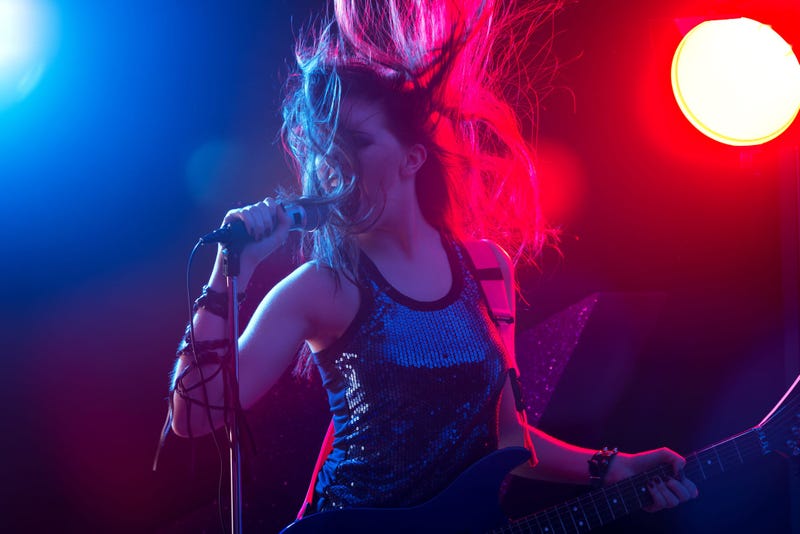 The world of rock music has incredible female pioneers who continue to inspire and pave the way for others. These are some of our favorite women of rock, and we celebrate them during Women's History Month and beyond.

"JOAN JETT... do I really need to explain this one?  It's Joan f**king Jett.   Consummate bad-ass and always relentless." - Steve "The Thrill" Hill

A post shared by Joan Jett & The Blackhearts (@joanjett)

"When asked to pick my favorite woman in rock, this was a no brainer…as she fronts one of my absolute favorite bands.  Delila Paz is the singer and bassist from The Last Internationale…not only is her voice powerful in the most bluesy way possible…her lyrics are equally as strong.  Plus, she comes up with of the coolest bass lines in their songs." - Steve Migs

"I've always felt a connection to Janis Joplin. Maybe it's because we share a birthday. She was always one of the guys and never backed down from a challenge. Her voice had an effortlessness to it, but was also larger than life. She was an wild, old soul and it's a shame we only had her for 27 years. Her legacy lives on in the music." - Taryn Daly

"Courtney Love: the uncrowned queen of the 90’s Seattle scene. Love her (pun intended) or hate her, her place in rock history rock solid." - Jeetz

"Chrissie Hynde. She started The Pretenders, one of my favorite bands of my youth.  In the 70s it wasn't easy for women to be the "frontman" of a band, let alone form it.  Great voice and talent." - BJ Shea

"Ann and Nancy Wilson of Heart. The greatest siblings duo in the history of rock.  Eat your hearts out Noel and Liam. (Pun intended.)" - Ryan Castle

"Whether you're all in for her work with Fleetwood Mac or her mystical solo career, count me IN for some Stevie Nicks and that undeniable set of pipes. Besides confusing the hell out of men by dating a Lindsey, Nicks was also a huge part of the band that has the 5th biggest selling studio album of all time. Rumours has got to be a staple in your vinyl collection and will live on as one of rock's most dynamic achievements. Eight Grammys are cool and all, but I'm willing to bet Stevie Nicks was a lot more honored (and very rightfully proud) of her spot on the 100 Greatest Songwriters of All Time (per Rolling Stone). For a sliver of perspective on how massive Nicks' contribution has been to music overall? She wrote 'Landslide'." - Robin Fox

Who is your favorite female rocker of all time? This is the month to tell everyone about her!