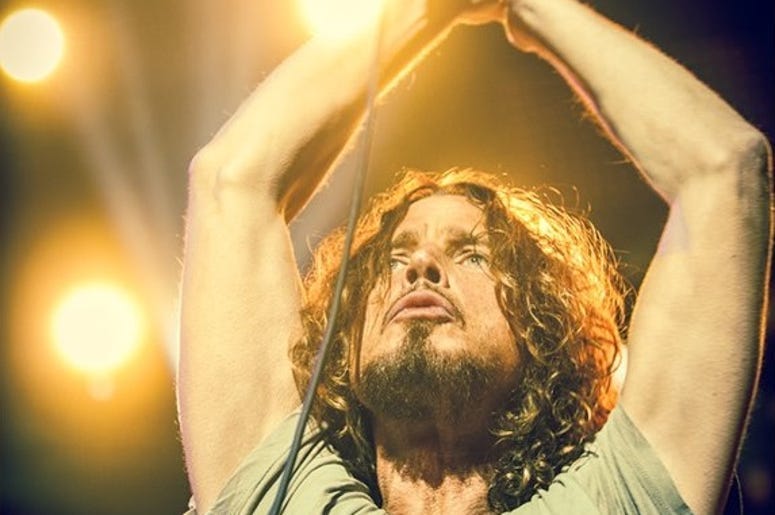 The list of musicians who found success with multiple bands AND a solo career isn't all that long. But Chris Cornell is on it. And whether you tend to gravitate to the music of Soundgarden, Temple of the Dog, or Audioslave, their common denominator is that voice... one of the most recognizable and powerful in all of rock music.

It's been three years since the passing of Chris Cornell, and as I reflect on the influence of his music on my life, a curiosity was sparked on knowing the best song from each of his projects, including his solo career.

Of course, I could argue all day that my favorite songs by Soundgarden, Temple of the Dog, Audioslave and Chris Cornell's solo career are the "best" songs associated with his talents, but it turns out the internet is more reliable source when it comes to how the fans have consumed and responded to his music over the past 30+ years. These are the top 4 songs from each of his musical projects:
"Black Hole Sun" - Soundgarden. Without question the most recognizable song in the band's catalog from their best-selling album Superunknown, it topped Billboard Mainstream Rock Tracks chart, where it spent a total of seven weeks at number one.

"Hunger Strike" - Temple of the Dog. The song was first performed live at the Off Ramp in Seattle on November 13, 1990, and it went on to become their most successful, peaking at number four on the Billboard Mainstream Rock Tracks chart.

"Like A Stone" - Audioslave. Released in 2003, this song was the band's biggest hit in the US and became the eighth best performing song on the Mainstream Rock chart of the decade. If you need more proof, the music video has more than 655 million views on YouTube.

"Nearly Forgot My Broken Heart" - Chris Cornell. The album Higher Truth was his final solo album, and this song would become his highest-charting unaccompanied solo hit.

Chris Cornell's music was and will continue to be such an important beam in the structure of Seattle's musical framework. We're certainly missing him on what marks the third year since his passing.

If you or someone you know is struggling with suicidal thoughts, know that you are not alone and someone is always here to listen. Call the National Suicide Prevention Lifeline at 1-800-273-8255 or visit suicidepreventionlifeline.org.