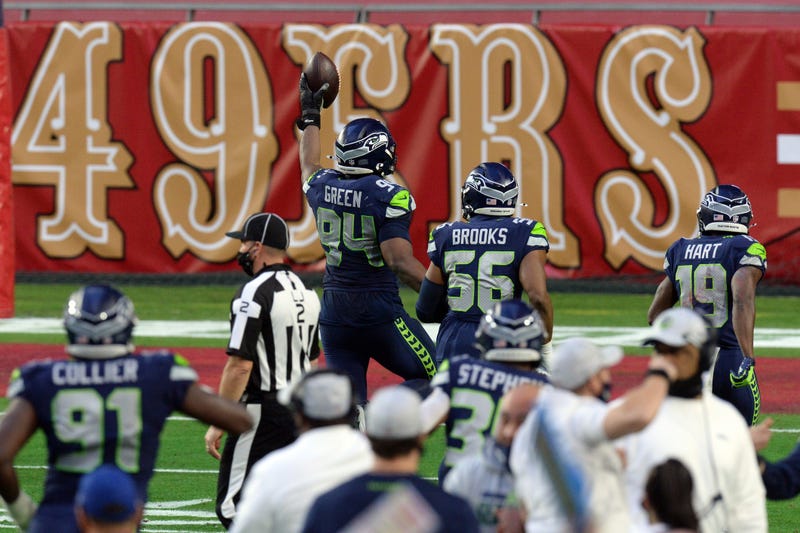 The 2020 Season has officially come to a close, and our boys once again will make their mark in the playoffs! Now, if you're like me, you had a little heart failure caused by the performance they put on to finish the season. It's known, but it needs repeating, this is normal in the world of a Seahawks fan. Keep in mind the mentality of this team as they go into this game....possibly. They have the "ability" to take the #1 seed in the playoffs. Which would require the win against the Niners, and a loss for both the Packers and the Saints. Neither of which were games that were close enough to "losable" to take seriously. The Bears beating the Packers was the best roll-of-the-dice bet that we had, and it wasn't a good roll to begin with.

Along with that, we couldn't get any worse positioning. We solidified the Division win the previous week, and the #4 seed couldn't overtake us anyway, so no matter what, we were at our lowest possible seed as it was, with little hope of moving up. So it takes some of the "grit" and "fire" out of the performance just with those 2 pills to swallow. When you look at it as an "in-between" game, I'm not surprised they laid back a bit. And that's ultimately what it looked like. The run game never quite took off. Metcalf was getting beat and drops all game long, Russell was out of character, it was just not quite the Seahawks that we'd seen earlier this year.

Fourth down? No problem for @TDLockett12 as he gets the touchdown and his 100th catch of the season! 🙌

All in all, a fine end to an otherwise strange year. The boys finished with a strong 12-4 record, Lockett and Metcalf broke a couple franchise records, and we're a solid 3 seed in the playoffs. Life is good! We're hosting the new rivals next week in the Rams, and mark my words, it'll be another heart-stopper, but the Seahawks will emerge the victors and move on to the next round of the playoffs. Hang in there 12s! I'm smelling a February game! With that....Mike Hawk is OUT!