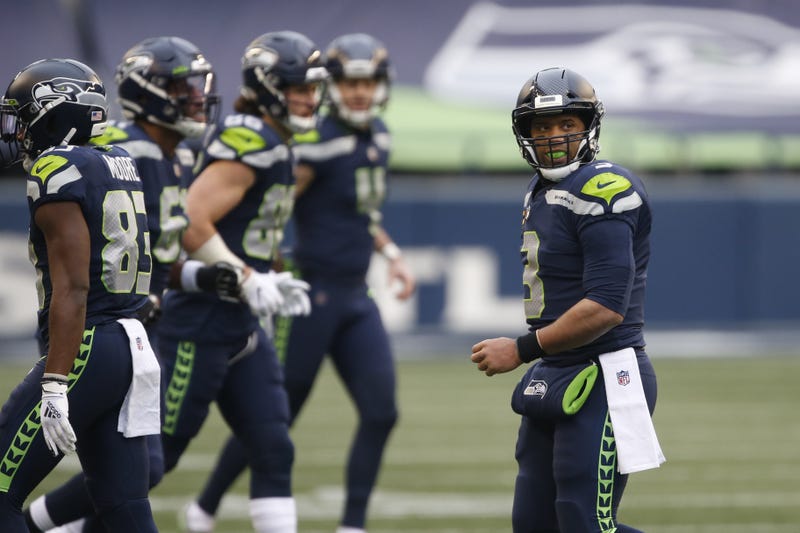 As we send football back into the hills to hibernate for another 7 months, we begin all the buzz of changes and propositions around the league. Among the murmurs, were hear that teams are gauging the willingness of the Seahawks to pawn our beloved Russell Wilson off. Spoiler alert: They're not gonna.

But, seeing as we've got a long way to go before we've got some football action to talk about, let's explore them possibilities....
First off, who's got the dough to afford him, and the need for a top tier QB? I'd put The Patriots, The Saints, The Cowboys and The Eagles all in that ring. Among those interested, I would look for a deal with either the Eagles, or the Cowboys. Both of which have top 10 draft picks, and we would need to get in early to get one of the best QBs available in the draft.
But what if we ignored the draft all together? Hear me out, Jacoby Brissett. Take a look back at what he did for the Colts. Nothing too spectacular, but you can see he's got a look a lot like our boy. And get this, we've got a Quarterback Coach that just joined us for the Rams. The boys are shaking up their offense, maybe they shake it up even harder with a young quarterback that everyone's gonna take for granted.

Again, not gonna happen. But we've got 11 weeks until the draft, so we're going to be in "What if" land for a while. Until then, enjoy your Sundays 12s! With that...Mike Hawk is OUT!