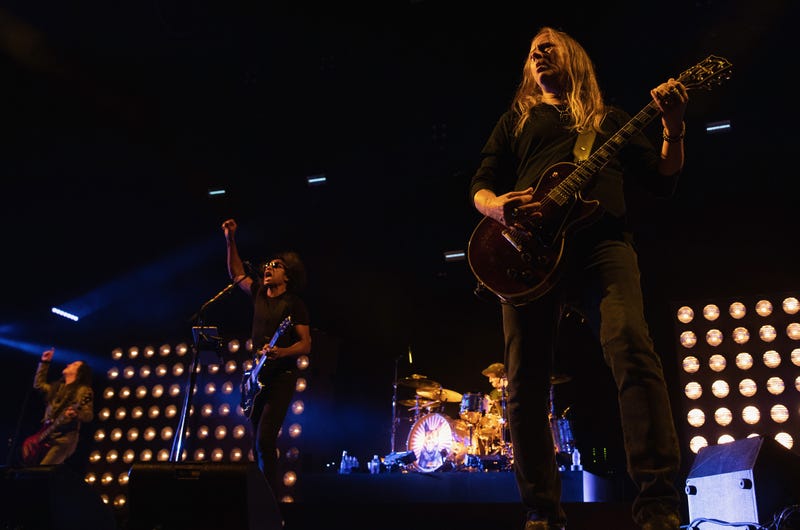 If you didn't catch the Museum of Pop Culture's Founders Award Celebration last night honoring Alice in Chains, you are in luck - thanks to technology, you can watch the replay!

Posted by Museum of Pop Culture on Tuesday, December 1, 2020

More than 275,000 viewers tuned in to MoPOP's biggest fundraising event of the year, typically an exclusive event not open to the public. But this year was different for many reasons, and that didn't stop the fans from raising more than $600,000 to support the museum! Thank you to all who contributed, and if you'd still like to make a donation, please do so here.

All day today, tune into KISW to hear exclusive performances from last night's festivities. At 9am, BJ & Migs will be playing "Down In A Hole" performed by Duff McKagan, Shooter Jennings, Ayron Jones and Martin Feveyear. Ryan Castle will be playing "Man In The Box" at 11am performed by Dave Navarro, Taylor Hawkins, Corey Taylor and Chris Chaney. This afternoon, The Mens Room will play "No Excuses" performed by Alice in Chains themselves at 4:20pm and tonight at 6:20pm I'll have Korn performing "Would".

In case you missed The Mens Room yesterday, the guys caught up with Jerry Cantrell and Sean Kinney ahead of the event, and you can listen back to that here.