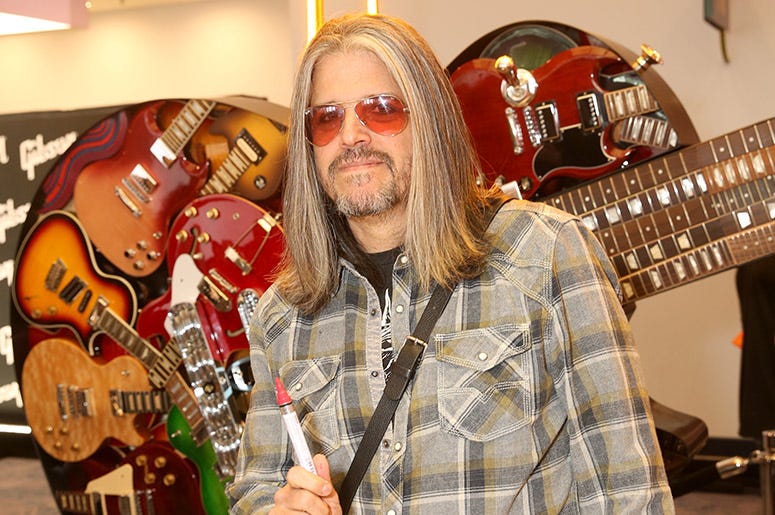 Guitar company Gibson is scrambling after they reported a massive shipment of rare, Adam Jones brand guitars stolen from a large shipment truck.

The 13 stolen guitars in question were part of a collaboration between Gibson and the Tool guitarist. The Adam Jones 1979 Les Paul Custom recreates Adam’s prized original Silverburst 1979 Gibson Les Paul. Gibson says upon its October 30 release it immediately sold out worldwide. There were only 79 instruments produced.

Supply chain official Phil Rich made a statement describing the extent of physical and financial damage towards the guitars. “Somehow out of a truck full of guitars, this ONE pallet was singled out and stolen at a truck stop,” he said. “Totaling close to $95,000 in guitars, we feel this person(s) knew exactly what to look for and when.”

Police and company officials launched an investigation into the shipment’s disappearance. Witnesses say the guitars were stolen from a Sweetwater Music truck at the Flying J Travel Center in Whiteland, IN, October 30. They ask anyone with information about the guitars to contact the Whiteland Police Department.

“These guitars were the dream guitars of 13 Gibson and Adam Jones fans, who had been patiently waiting for them to be delivered,” said Cesar Gueikian, official at Gibson. “Our fans should ask any third-party sellers for a serial number before purchasing to be sure they are not being sold one of the stolen guitars.”

What distinguishes the Adam Jones 1979 Les Paul Custom is detail and legacy. Gibson says the 79 replicas have been aged by expert luthiers and craftspeople to detailed specifications. Each guitar is signed and numbered by Adam himself.

This recent theft is a devastating development for an otherwise inspiring year for Jones and his legendary bandmates. Due to COVID-19 restrictions, they were forced to cancel all2020 North American tour dates. Group members took the high road and immediately reimbursed ticket holders.