Future Detroit is a dangerous place, but it's nothing compared to the shots fired today in the fast food wars. That's why KFC has leveled up and hired RoboCop to protect their secret recipe, and to dress like Colonel Sanders.

In a new series of ads, RoboCop becomes the new Colonel and the guardian of the herbs and spices. He's fighting crime with chicken, he's making clever dinner party conversation, he's looking menacing in a goatee. There's really nothing he can't do.

"Up until today the secret recipe has stored in a relatively safe safe" says KFC President Kevin Hochman in the video above. When relatively safe isn't safe enough, you need RoboCop.

RoboCop is just the latest to take on the role for KFC, as Norm MacDonald, Reba McEntire, and Jim Gaffigan have all played the finger lickin' good character over the past years. However, dare we say it, nobody has done it with as much charm and grace as RoboCop. 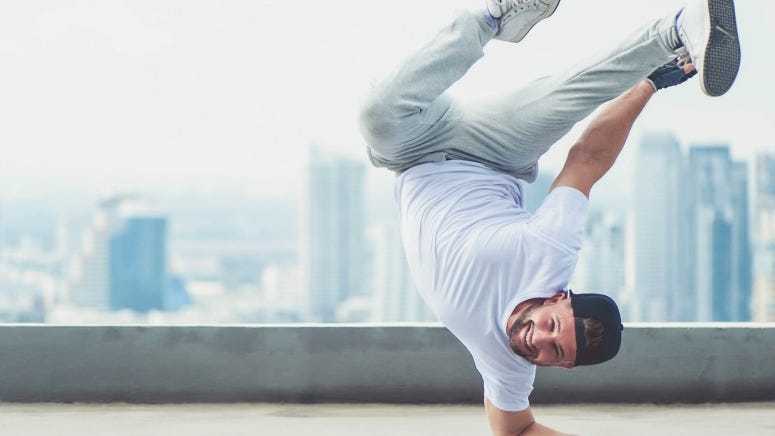 Breakdancing Could Actually Be an Olympic Sport in 2024

Not to be outdone, The King from Burger King has begun trying on his own Colonel suit, claiming to be the K.F.G. or the King of Flame-Grilling. It's savage to take someone's outfit idea when you know they were planning on it, but here comes The King to get his grill on. In their own ad campaign launched on Thursday, the King raids the Colonel's closet and claims to outrank him.

Meanwhile Wendy's remains unfazed, sliding into DMs on Twitter and helping out like Hitch for their followers. It's an amazing time to be alive.

Everyone deserves to meet that someone special, and we’re here to help get those fingers swiping right.

Hit us with 3 things about yourself and we’ll write you a new bio for your favorite dating app. #SinglesAwarenessDay