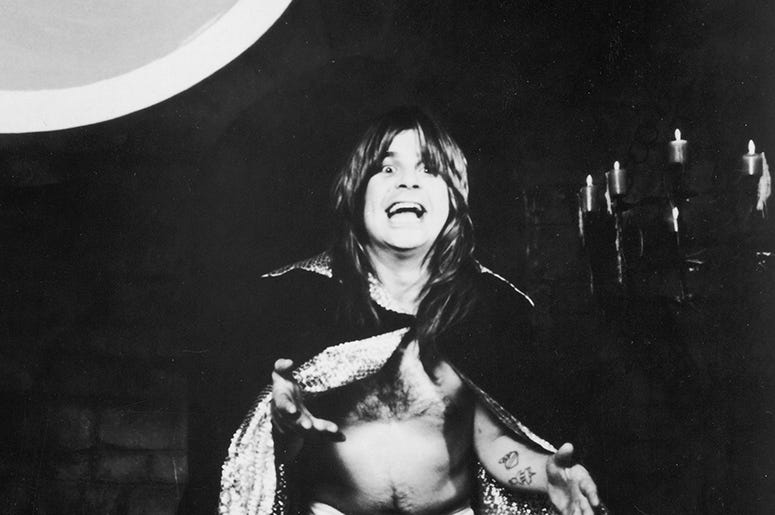 Ozzy Osbourne wants to remind you that he bit the head off a f***ing bat that one time.

As the story goes: Back in the early eighties, when Ozzy was apart from his band Black Sabbath during his solo Diary of a Madman tour, a fan had tossed something up onto the stage during a performance in Des Moines, IA.

Today marks the 39th anniversary since I bit a head off a fucking bat! Celebrate with this commemorative plush with detachable headhttps://t.co/RMhc5hTqip pic.twitter.com/kHZo03ia8p

That "something" turned out to be a real, dead or sleepy bat that Ozzy had mistaken for a toy and bit into for dramatic effect. "It was crunchy," Osbourne told a reporter that day. In a now-famous Behind The Music clip, Ozzy explained that his wife Sharon was aware and attempted to let him know from the side of the stage. "You dummy, it's real," he remembers her trying to communicate.

"Today marks the 39th anniversary since I bit a head off a f***ing bat," an announcement exclaimed on Osbourne's social media channels today that we can only hope was mashed out by Ozzy's actual fingers. "Celebrate with this commemorative plush with detachable head."

With all of the Inauguration hub-bub going on today, this celebration of a legendary tale from Rock N' Roll's dark side that now has it's own adorable plushie commemorative is totally being buried in the news.

We won't let 2021 be like that. Go get your Ozzy branded bat with a detachable head right now.