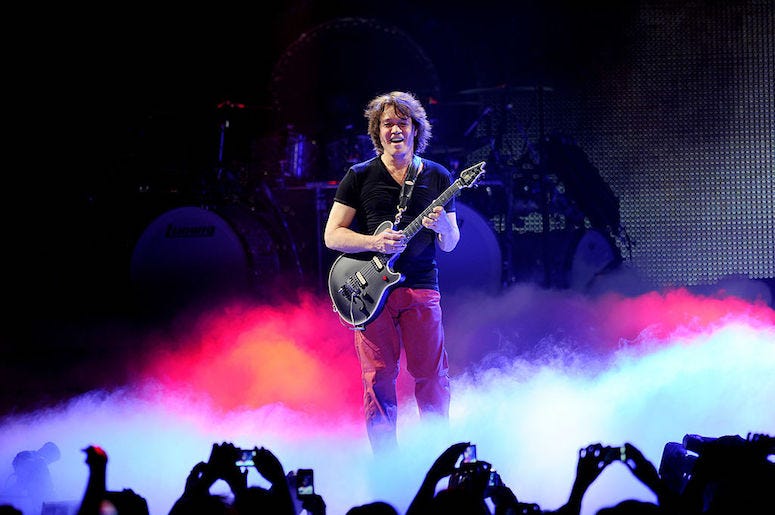 In celebration of the late Eddie Van Halen’s 66th birthday, a new mural honoring the legendary guitarist has been unveiled in Los Angeles.

Robert Vargas is a massive Van Halen fan and is the artist behind the creation of the mural. Called “Long Live The King,” the mural is located on the outside wall of a Guitar Center in Hollywood. The mural depicts Eddie Van Halen playing his signature red, white, and black electric guitar.

“I am beyond excited to create this mural of one of my all-time creative heroes, @eddievanhalen,” Vargas said when he announced the creation of the mural.

“This mural is truly for the fans and a celebration of my favorite rock band, @vanhalen 's legacy.” 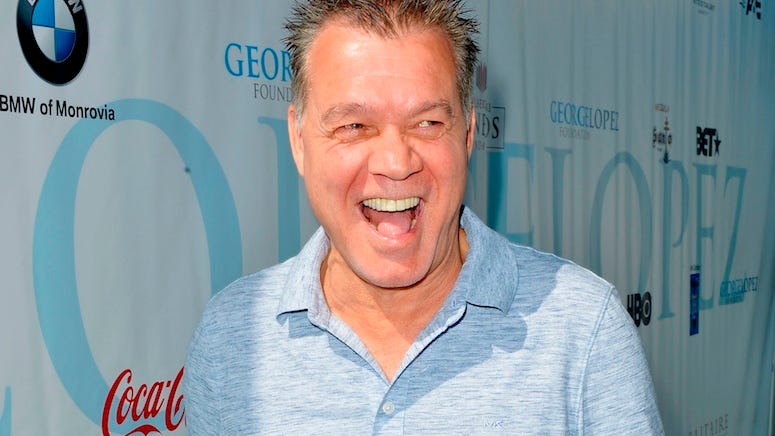 “I even explained on TV how this works and how easy it is. A famous person dies, look up the name of a subway stop and put a sticker over it to memorialize the person. It's that easy!”

Unfortunately, the art was removed shortly after it was discovered.

WATCH MORE: Celebrities we lost in 2020