Tool, arguably one of the biggest acts in Rock and certainly the heaviest band to play in 11/8 time signatures, no longer have a record label.

The revelation, among others, came during a new live chat between Tool drummer Danny Carey and legendary industrial music pioneer, longtime friend, and drummer himself cEvin Key of Skinny Puppy. Carey says he and the band are now “free agents” and has hopes that the members can record a new EP during stay-at-home orders.

The bad news, “Tool hasn’t been jamming,” he says. “We’ve been just kind of on hiatus. Nothing’s really been happening. But I think it’s time. We kept hoping that we were gonna get back out, so we were just kind of, ‘Hey, enjoy this while it lasts,’ but now it’s looking like it could go to the rest of the year, so we need to get the lead out and start functioning. Maybe knock out another EP, at least.”

The good news, Tool love to shake things up so we really could see something come to fruition, and Danny is up for it. “We’ve never really done that since our first release, done an EP, so I thought it would be kind of nice to do something like that. We don’t have a record deal anymore — we’re free agents — so we can kind of release whatever we wanna release now, which is a good feeling.”

1992’s Opiate was the band’s only official EP so another would definitely be welcomed by fans, as would another Salival type offering with extra goodies and covers. However, Tool’s 2019 album Fear Inoculum, their first and seemingly last release on RCA Records, was a long wait for fans – 13 years to be exact between that and 2006’s 10,000 Days -- so don’t put your money in an envelope just yet.

The band was forced to cancel a massive run of shows in support of the new album and fans’ insistence that they bring back the Rock. Carey told Key that they currently have dates in November and December on hold in the US., but he’s not holding his breath on those panning out. 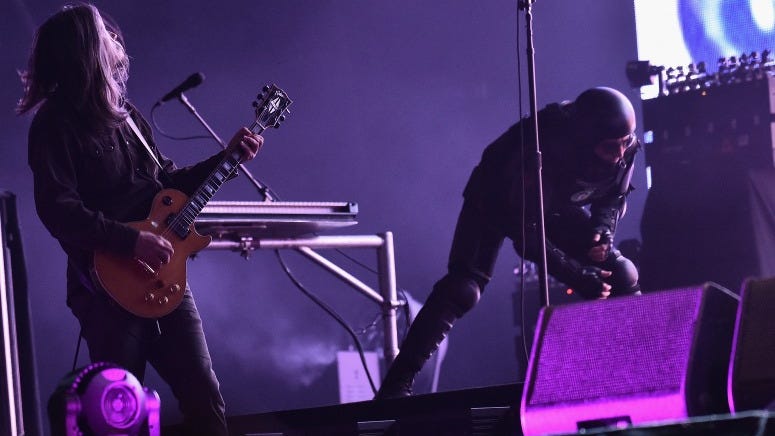 Tool Cancels Tour to Give Money Back to Fans

“We got in some pretty good touring, luckily, right after the new year, and come March, we were just taking off on about a 10-show run, and then we were gonna have a little break and then start the biggest American tour we’ve ever done,” Carey said.

As for the show’s on hold, Carey says it’s “highly unlikely… We’re kind of at the mercy of the NBA and the NHL at this point. If they start having games, then we’ll get to tour, because it’s pretty much the same venues we do our gigs in.”

For fans across the pond, Danny says Tool dates held in Germany and across Europe in January and February are still holding strong.