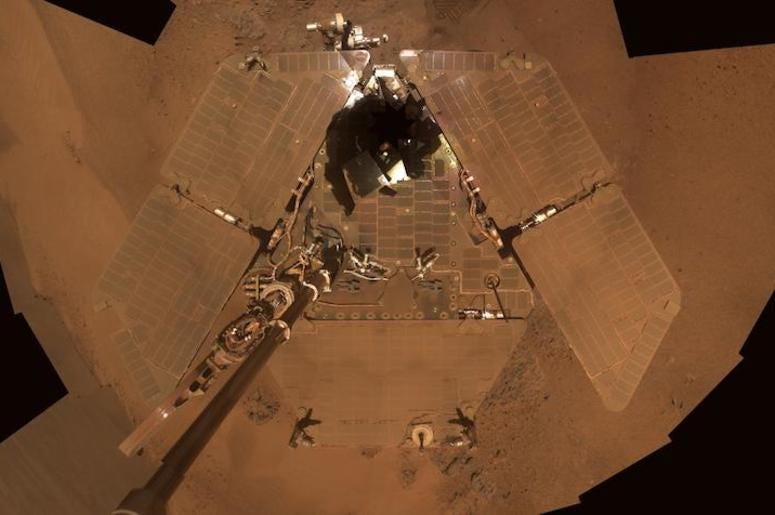 After 15 years of service, and several landmark discoveries, NASA officially declared Opportunity dead this week, eight months after losing contact due to the Mars dust storm.

The rover did not respond to a last-ditch effort of contact made by NASA Tuesday, which was enough to declare the space probe no longer operational.  Thomas Zurbuchen, associate administrator of NASA’s Science Mission Directorate, said in a press conference, “I learned this morning that we had not heard back.  I am standing here with a sense of deep appreciation and gratitude that I declare the opportunity mission as complete.”

Opportunity was only meant to explore Mars for three months, but lasted for years, covering almost 30 miles across the Red Planet.  Among its most notable discoveries includes finding evidence of past Martian surface water.