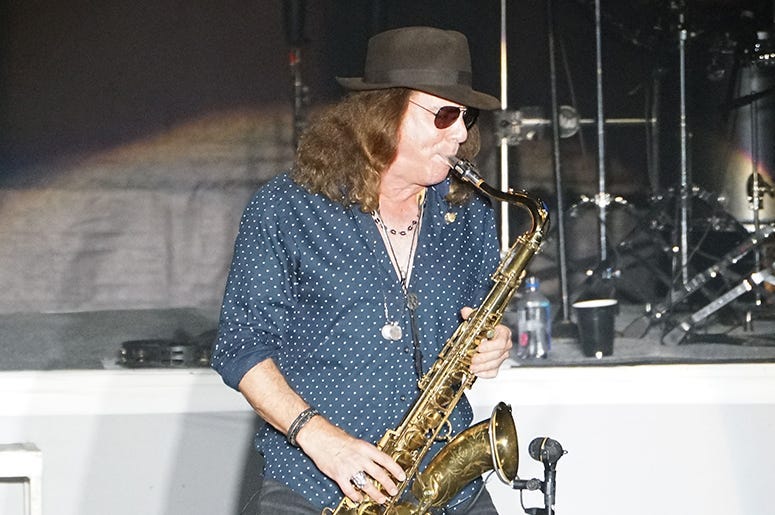 KLUV's Billy Kidd talked with Foreigner's Tom Gimbel. In the interview they talk about the band's upcoming show at the Will Roger's Auditorium in Fort Worth, Foreigner coming back in September with Kansas and Europe, his favorite instrument, and Tex-Mex. listen to the complete interview in the audio below.

Foreigner is coming to Fort Worth next week and Gimbel said he was excited about the show. "We are looking forward to it. Anytime you're in Texas you know it's going to be a rock show," He said.

"It's going to be a really fun rock show with traditional what I call "Rock Values." Big giant sounding guitars, massive drums, our lead singer, Kelly Hanson sings these songs like you can't even believe." He continued, "It's just incredible to see him knock it out of the park with every swing."

Concluding, "It's a treat. And we like to get people involved. It's not a sit-down watch people play the songs sort of show. It's more like we want you to get involved, stand up and stomp your feet, and shout, and scream, and sing, and hopefully it turns into a giant sing-along."

Billy then asked about the fact that the band will be back this September and how Foreigner feels about Texas. "Heck yeah! We did a tour once that was was only Texas. And I think we played there for about a month. It's such a huge state," Gimbel said.

Speaking of Texas, does he like Texas food? "Would never go through Texas without having Tex-Mex. It ties right into a golf outing, after a good day of golf. That just sounds good right now. I could go for some of that, Gimbel said.

Foreigner's songs have stood the test of time and remain popular to this day. Gimbel has a theory on why that is the case. "The songs really do sound good in this day and age. I look forward to playing every single one of them. They've really held up. And I think part of the magic is there is a heartfelt sentiment in each song. Something that people can say, "Yeah I know what that feels like."," He said.

Tom Gimbel plays multiple instruments including keyboards, piano, bass guitar, guitar, saxophone, flute percussion, and drums. However, there is one instrument he loves over all others. "Singing if I had to pick one...That's what I wanted to do. And I feel so lucky to be able to do that year after year," Gimbel said.

The Who's Pete Townshend was a huge influence on Gimbel and his music. "The "Live at Leeds" album was such a huge influence on me, and my uncle had "The Rock Opera" and he also had "Woodstock". When we would go visit to visit my uncle we would get to play these records and of course, The Who at Woodstock really knocked me out," He said.

Tom Gimbel also spoke about His favorite Foreigner song to play, his golf game, and Aerosmith in the interview. Listen to the complete interview in the audio below.