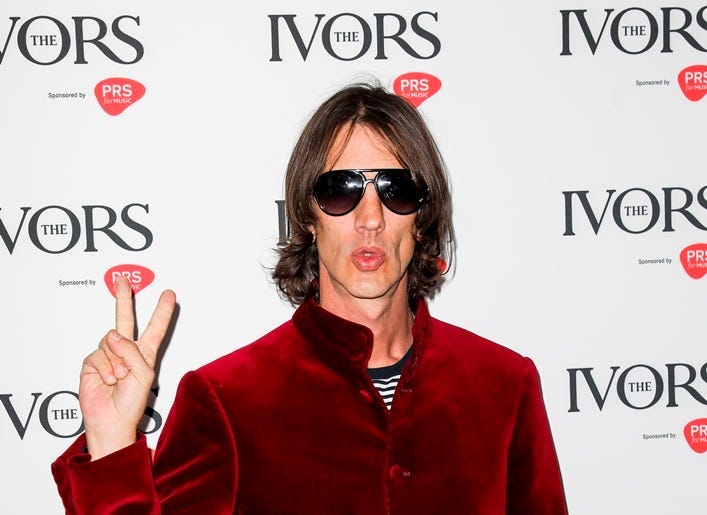 In June 1997, British Alternative band The Verve's "Bitter Sweet Symphony", written by group member Richard Ashcroft, was released by independent label Hut Recordings. The song contained a sample of The Rolling Stones' 1965 song "The Last Time", which Ashcroft received permission to use.

Shortly after the "Bitter Sweet Sympnony" it's release, former Rolling Stones manager Allen Klein filed suit, and according to CNN, it was claimed Ashcroft sampled more of the Stone's song than agreed upon, and the lawsuit garnered 100% of the song's royalities... for Mick Jagger and Keith Richard. Yes, you read that correctly. Ashcroft has NEVER received a penny.

Yesterday, while accepting a lifetime achievement honor at the Ivor Novello Award (which recognizes British and Irish songwriters), Richard Ashcroft said, "As of last month, Mick Jagger and Keith Richards signed over all their publishing for 'Bittersweet Symphony', which was a truly kind and magnanimous thing for them to do.”

CNN reports publicists have confirmed and all future royalties will go to Richard Ashcroft.

Ashcroft told the UK Press Association news agency, "Many, many dollars have gone under the bridge. But it's not really about the dollars, it never really was. It was about being credited for what you'd done. The amount of time I spent on that tune was incredible."

Richard also noted to the UK Press Association new agency, "It always left a slight bitter taste obviously. At least I can sit next to my son now and go, 'Yeah, I wrote that.'

Better late than never. Congratulations to Richard and best wishes to him and his family.